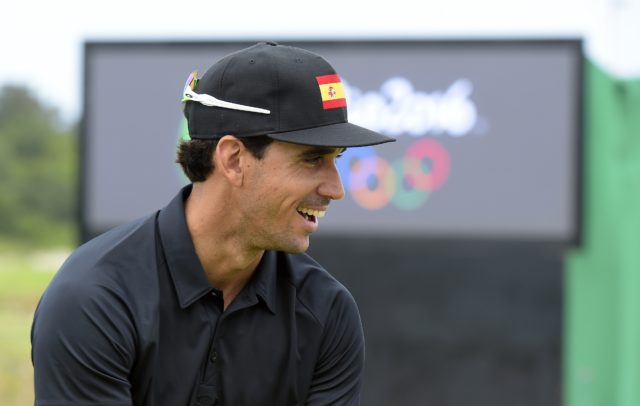 “I feel very comfortable playing in short sleeves with warm weather,” says Rafa Cabrera-Bello. “The palm trees around and all the sand, it reminds me of the Canary Islands. So I do feel a lot like home here.”

The words of Spain’s Cabrera-Bello as he seeks to become the latest player to complete the Dubai Desert Classic – DP World Tour Championship double at this week’s European Tour finale on the Earth Course.

Rory McIlroy, Henrik Stenson and another Spaniard, Alvaro Quiros, have won both events and there is a major positive that 26/1 chance Cabrera-Bello is a professed lover of playing golf in Dubai. That is more than enough to generate confidence that he can go well this week, while there are also other sound reasons to believe it will be so.

Cabrera-Bello has finished in the top-ten at the Earth Course before (2014), having entered the final round as tournament leader.

He has carded the sort of low rounds required to do damage on this course (63, 64, 65) and remains a Tour player firmly capable of the sort of scoring burst needed to be in contention on a layout where the winning score may be close to 20-under par come Sunday.

Over the previous year, the 33-year-old Spaniard has had confidence building career moments that will put him in good stead to win an event like this when the next chance arrives. They include an impressive Ryder Cup debut at Hazeltine and a win this summer in the Scottish Open.

In the lead-up to this year’s event at the Earth Course, he spoke of the good vibes that he can generate having won ‘across the road’ at the Emirates previously and also finished runner-up there in 2016 and so Cabrera-Bello is our tip to be in contention come Sunday.

Masters champion Sergio Garcia is one of three men still in contention for the Race To Dubai crown going into this final dance.

Tommy Fleetwood is 2/7 to hold on having led all season with Justin Rose, winner of his last two starts in China and Turkey, 5/2 to topple his fellow Englishmen and also tournament favourite at 23/4 for the DP World Tour Championship. Rose has been in brilliant form, but three in a row is a stiff ask for the in-form Englishman who skipped Sun City last week.

Instead, a better bet could be Martin Kaymer, like Rose a former US Open winner. The German showed positive signs last week in Sun City as he finished fifth despite a slow Sunday and, as a three-time winner in Abu Dhabi, he too possesses strong desert form.

There were clear positives in South Africa and, as an 11-time European Tour winner and double Major champion, there’s no doubting 34/1 shot Kaymer has the tools to get on with it when he finds himself in the mix.