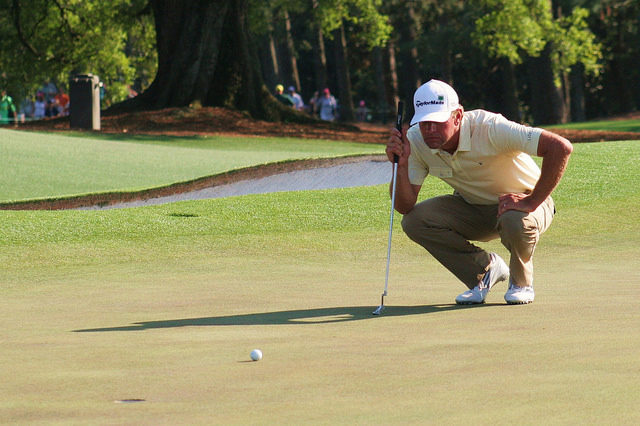 The PGA Tour stops off in California this week for the AT&T Pebble Beach Pro-Am and a resurgent Lucas Glover can end his long wait for a fourth title on the American circuit.

It has been a tough few years for Glover due to injuries and personal matters, but he has been showing promising signs this season and the revival can continue with a maiden Pebble Beach title.

The 39-year-old, who last tasted success at the 2011 Wells Fargo Championship, started the campaign off with a tied-17th finish at the Safeway Open before taking a share of 14th at the Sanderson Farms Championship.

A further three top-20 results, which included a tie for seventh at the Shriners Hospitals for Children Open, have helped increase the American’s confidence levels and he looks primed to keep the momentum going.

Glover, who missed the cut at the Waste Management Phoenix Open last week, is 13th in greens in regulation on the PGA Tour this season while his last appearance at this event resulted in a tied-11th finish in 2016.

At 48 years of age, Furyk may be one of the older statesmen on tour although he proved towards the end of last year that he can still mix it with the world’s best players.

The American has two top-10 finishes from his last four tournaments, largely down to his accuracy off the tee for which he ranks first this season with an 85.71 percentage.

World number 241 Furyk, who is also fifth in greens in regulation, will be refreshed as this is his first appearance of 2019 and he looks a solid price to finish in the top 10.

With just three English players in the field this week – those being Fleetwood, Paul Casey and Matthew Fitzpatrick – there seems to be good value in backing one of half of ‘Moliwood’ to claim the bragging rights.

Fleetwood, who formed a sensational partnership with Francesco Molinari at the 2018 Ryder Cup, will be making his Pebble Beach debut.

He arrives at the event on the back of a promising showing at the Omega Dubai Desert Classic, where he finished tied-16th.

The 28-year-old will be playing on US soil for the first time since last year’s FedEx Cup Playoffs and will be confident of putting together another strong challenge, having recorded nine top-20 finishes from his last 10 tournaments.