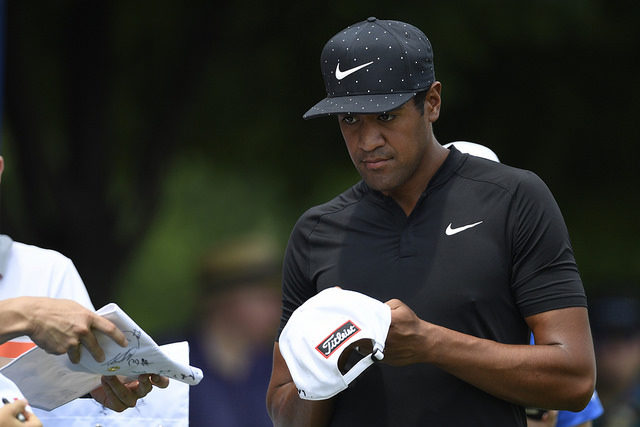 The PGA Tour stays in California this week as a high-quality field tees it up at the Riviera Country Club for the Genesis Open.

We’ve been looking at some of the best bets for this week’s tournament as Bubba Watson defends a title he has won three times.

Tony Finau has built on his impressive form at the 2018 Ryder Cup during the early stage of this season, with three top-15 finishes since December.

The man from Utah finished in a tie for second last year, firing an opening-round 66 to secure a share of the early lead, and he clearly has a liking for this course.

Finau, who led the Riviera field in Strokes Gained: Tee to Green in 2018, heads into this event off the back of a T38 finish at Pebble Beach last week.

The world number 12 has plenty of stats in his favour this week and 3/1 about a top-10 finish has a big appeal.

Often going in fresh to a tournament can be a big advantage and that’s something Patrick Cantlay will be hoping this week.

The American sat out the Pebble Beach Pro-Am due to illness, so will look to recapture his form from the turn of the year.

He also carded a 66 in the first round of last year’s Genesis Open, helping him claim a T4 finish.

Another fresh player this week is Rory McIlroy, who is preparing to play his first tournament since the Farmers Insurance Open on January 27.

The Northern Irishman has finished T4 and T5 in his last two events and has twice finished in the top 20 at Riviera – including a T20 spot in 2018.