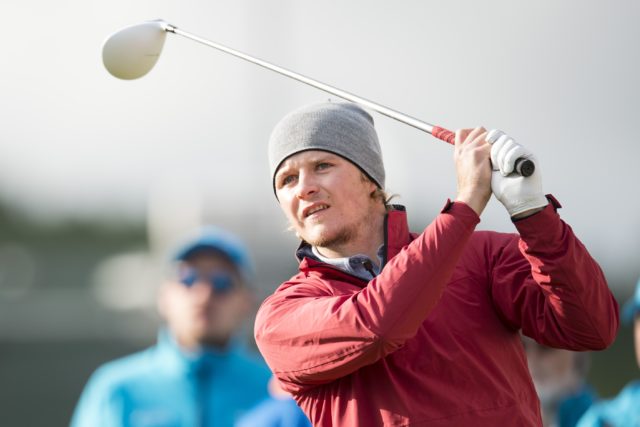 A high-quality field has turned up for the inaugural Saudi International as the European Tour stops off at the Royal Greens Golf and Country Club this week.

It will take some winning, with four of the world’s top five joined by the likes of Masters champion Patrick Reed, Sergio Garcia and Henrik Stenson in contesting the €3.5m event.

Last week’s winners – Justin Rose and Bryson DeChambeau – are the tournament joint-favourites at 13/2, with the American favoured of the market leaders given he strolled to victory in Dubai on Sunday while England’s Rose had to grind his way through the Farmers field at Torrey Pines.

The likes of Dustin Johnson and Brooks Koepka have been relatively cold – by their own standards – so far in 2019 and can probably be overlooked at this point. Here are our tips for Saudi Arabia’s debut on the European Tour.

The outspoken Englishman has been engaging on social media this week in regards to his appearance at this tournament and it would be just like Pepperell to come up with a big performance now.

He is a former winner of the Qatar Masters so playing conditions here will suit and the signs last week in Dubai were promising. Having been somewhat rusty in Abu Dhabi on his 2019 bow, he made a good recovery from a slow start in the Desert Classic to post a nine-under-par tally.

At just over 7000-yards, the Royal Greens Golf and Country Club is by no means a monster and, with a premium on finding fairways and having the correct angles of approach to tricky greens, this is a good set-up for two-time European Tour winner Pepperell at the start of a year he hopes will see his game go to the next level.

Make no mistake, this field is star-studded. It will be the first time that numbers one, two and three in the world rankings (Rose, Koepka, Johnson) will play in a European Tour event (outside of a major or WGC) since the BMW PGA Championship in 2012 (Luke Donald, Rory McIlroy and Lee Westwood on that occasion).

That said, it is still worth delving down the pecking order for some form horses.

Spaniard Quiros is a seven-time winner on the European Tour and has excelled in the desert with a pair of wins in Dubai and one in Qatar. He was flying last week in Dubai with rounds of 69, 64, 71 and 68 enough to see him tied-third behind runaway winner DeChambeau.

More of the same this week will have contending on the leaderboard and, 100/1 to win, he looks a lively outsider.

The Masters champion has not won since Augusta but he could be in line for a challenge after finishing just outside the top ten in his last two outings on the PGA Tour, including at Torrey Pines.

Ranked 15th in the world, Reed is perhaps flying under the radar, given the strength of the field. He is certainly not far off firing, as his last two starts show, and the American has a commendable record when competing on the European Tour in non-major/WGC events – posting tied-10th, tied-9th and tied-2nd in three starts since mid-2017.

Looking away from the outright win, Reed should interest punters at 27/4 in the seven-runner Top American player market.