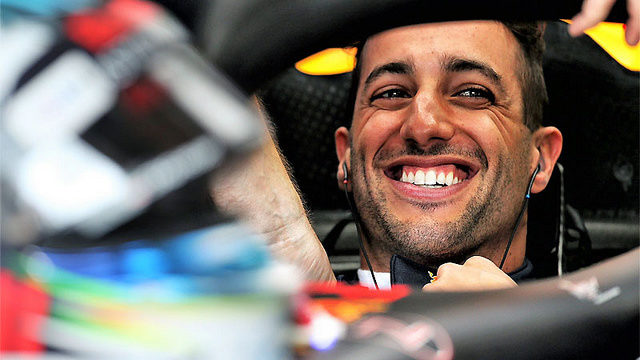 Sebastian Vettel is running out of chances to reel in Lewis Hamilton in the Formula 1 Drivers’ Championship so he heads to Singapore in desperate need of all 25 points to close the gap.

The Ferrari driver is the 6/5 favourite to come out on top in the Far East at a circuit that should play into the Italian team’s hands.

However, they won’t be the only ones confident of success under the floodlights as Red Bull seek to upset the applecart.

While all the focus is on the two drivers fighting it out for the World Championship, it would be wrong to sleep on either Max Verstappen or Daniel Ricciardo this weekend.

With Singapore being a street circuit, comparisons are often made with Monaco, a track Ricciardo dominated earlier this season when he took the chequered flag.

The Australian has shown a liking for the streets of Singapore since its reintroduction to the F1 calendar 10 years ago and is seeking a fifth consecutive podium finish in the city state.

He’s ended the last three races in second and is 5/1 to move up a step on the podium this year, while a top-three finish for the soon-to-be Renault driver is 20/21.

His team-mate, Verstappen, won’t have happy memories of this track following a first-lap collision with Ferrari’s Vettel and Kimi Raikkonen last year, ending the participation of all three drivers.

The Dutchman, who had looked very quick in practice and qualifying before his race was ended prematurely, has put in some great drives of late, with a controversial five-second penalty costing him a podium finish in Italy.

The 20-year-old, who has never finished higher than sixth in Singapore, is 15/4 to take his second win of the season.

The Red Bulls are preferred ahead of Ferrari and Mercedes due to their consistent record at this circuit, with the Scuderia registering just two wins in 10 attempts despite the track supposedly playing to their strengths.

Vettel has won at Marina Bay on four occasions, more than any other driver, but only once behind the wheel of a Ferrari.

Mercedes have been the dominant force here over the last four years, winning on three occasions, despite the layout negating their power advantage.

Hamilton is a tempting 33/10 to claim a fourth career win in Singapore but is overlooked due to the Silver Arrows’ rivals closing the gap to them this year.