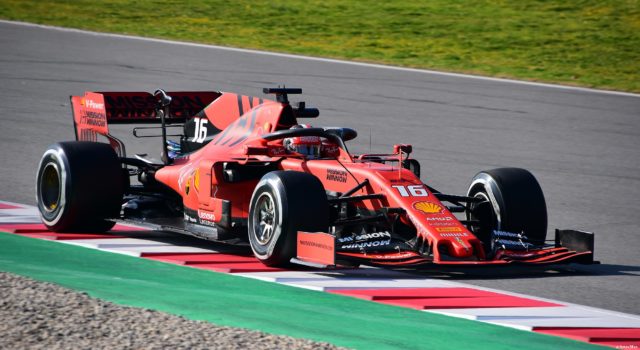 It might only have been one race but Charles Leclerc’s showing in Bahrain went a long way to confirming the belief that Ferrari have the next big thing behind the wheel. The Monegasque driver was cruelly denied a fist win in the Gulf but is the 29/20 favourite to make amends at the China Grand Prix on Sunday.
Leclerc race winner @ 29/20

The 1,000th Grand Prix could mark the dawning of a new age if Leclerc can make amends for being let down by his Ferrari in the latter stage of the Bahrain race. The set-up of the Shanghai International Circuit shares several similarities with the track in Sakhir, meaning it should play to the strengths of Ferrari.

The Italians boast superior straight-line speed than title rivals Mercedes, although whether Sebastian Vettel can join Leclerc in taking advantage of that given the German’s poor start to the year is questionable.

The four-time world champion has made five driver errors in the last 13 races and has not won in China since 2009. He is 33/20 to bounce back with a win but is best avoided until he shows some consistency.

This has been a track Lewis Hamilton has dominated in recent years, emerging victorious on five occasions, three of which have been behind the wheel of a Mercedes.

The Brit also has a record six pole positions to his name and is worth getting behind at 12/5 to pick up number seven on Saturday, even with Ferrari having the edge in terms of pace.

Team mate Valtteri Bottas, who sits top of the Drivers’ Championship standings, is also worth keeping an eye on having led this race last year only to be passed late on by Daniel Ricciardo’s Red Bull

The Finn is 19/2 for his second win of the season.

After years of struggle, McLaren have finally started to show signs of moving in the right direction, with British rookie Lando Norris leading the way. Having made it into Q3 in the season-opener in Australia, the 19-year-old finished an impressive sixth in Bahrain.

While it is unlikely he can achieve another top-six finish, adding to his tally of eight points is certainly within his capabilities. The only concern is reliability, with Norris’ team-mate Carlos Sainz Jr having yet to finish a race this season.