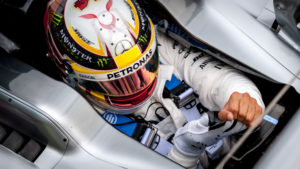 Formula 1 returns from its summer break this weekend for the always exciting Belgian Grand Prix, a race Lewis Hamilton will feel he needs to win if he is to be crowned world champion this year.

Ferrari’s Sebastian Vettel heads the standing but the the high-speed nature of the Spa-Francorchamps track presents Mercedes with the perfect opportunity to close the gap on the Italians.

The Silver Arrows have won the last two renewals of the Belgian GP, while you have to go back to 2009 for when a Scuderia crossed the line first, Kimi Raikkonen taking the checkered flag that day.

Hamilton only has two wins to his name at Spa and has unhappy memories of last year’s race having had to start from the back of the grid.

Despite his relative lack of success at the track, the three-time world champion is the 5/8 favourite to go from looking cool in Cuba to blitzing Belgium.

Much like his title rival, Vettel has only triumphed twice at Spa and has not made the podium since his last victory in 2013. The German is 15/4 to pick up his fifth win of the season and extended his 14-point advantage.

Vettel could find himself out-performed by his Ferrari colleague, Raikkonen, this weekend though, the Finn having publicly stated that Spa is his favourite track. He is 6/5 for a podium finish and 2/7 just to finish in the points.

The podiums are more than likely going to be fought over by Mercedes and Ferrari with Red Bull lacking the power to mount a challenge. The best Daniel Riccardo and Max Verstappen can hope for is the tiny mouse powering their Renault engine’s can get them in the top five.