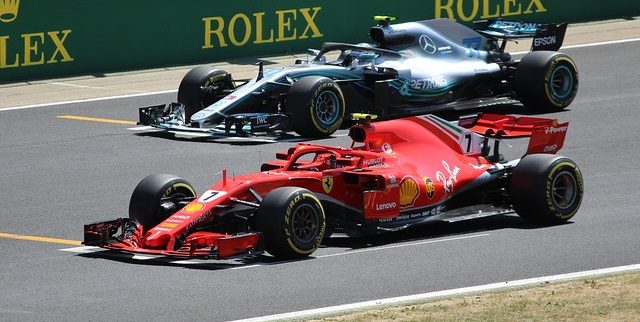 Valtterri Bottas looks like being the closest thing Lewis Hamilton has to a title rival given the way Mercedes have started the new season.

The Silver Arrows hold a 100 per cent record ahead of round four in Azerbaijan, with Hamilton already top of the drivers’ standings.

Bottas could go above his team-mate with a win and given the unpredictable nature of this grand prix, backing the Finn offers plenty of value.

Bottas should have won this race last year but, in just one of a number of incredible twists, he was denied the chequered flag by a late puncture as Hamilton went on to claim victory.

His deflating 2018 race aside, the former Williams man performs well around the streets of Baku, finishing second the previous year, while he’s qualified in the top three for both Azerbaijan Grands Prix.

He’s 14/5 to follow up his pole position in China by starting from first place on the grid again this weekend.

While Hamilton did claim victory 12 months ago, he has not always performed well on the banks of the Caspian Sea, finishing in fifth in his two other starts at the venue.

That could open the door for Ferrari as they seek to claw back Mercedes’ early advantage. Charles Leclerc has an affinity with Baku, claiming victory as a Formula 2 driver in 2017 before steering his Sauber to sixth last season.

He’s 29/10 to pick up his maiden win in F1 and will hope to get an unimpeded run at victory, with team orders having forced him to give up grid positions to team-mate Sebastian Vettel (51/20) in two of the first three races.

The Azerbaijan Grand Prix has become known for its unpredictable nature since being added to the calendar, with Sergio Perez and Lance Stroll among the surprise names to secure a podium finish.

As a result, we have decided to take a bit of a chance with our last tip in backing Raikkonen to finish in the top six.

The Iceman has look refreshed since being unburdened of the pressures of driving for Ferrari and has three top-10 finishes from three races since joining Alfa Romeo.

With Leclerc having got his Sauber, who have since been rebranded Alfa Romeo, to sixth last year, we fancy Raikkonen to do something similar.

The Finn came home second in this race last year and, with a bit of drama ahead of him come race day, he can claim a top-six spot.