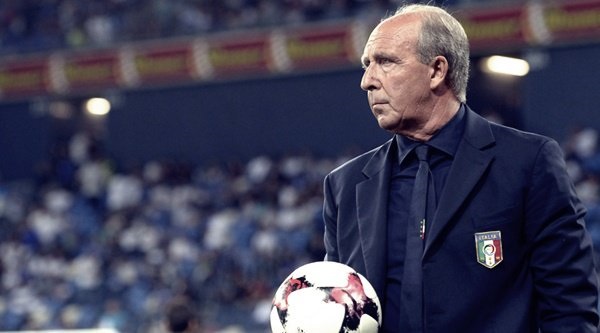 Italy’s 3-0 defeat to Spain has left the Azzurri staring at the prospect of having to qualify for the 2018 World Cup finals via the play-offs and they need to produce a dominant display against Israel on Tuesday.

Gian Piero Ventura’s team were decidedly second best in Madrid but Israel are certainly no world-beaters so a routine victory for Italy, who had not lost any qualifier since 2006, with 2-0 at 7/2 should be under consideration.

Spain should rack up a cricket score against Liechtenstein who they thrashed 8-0 12 months ago. Alvaro Morata is 11/4 to score the first goal on Tuesday against the European minnows.

Third-placed Albania are four points behind Italy in the group standings, but may have to settle for a draw at 21/10 against FYR Macedonia.

In Group D, draw specialists Wales enhanced their hopes of being in Russia by edging past Austria 1-0 on Saturday. Chris Coleman’s team are available at 39/20 to beat Moldova by a one-goal margin while the Republic of Ireland may have to settle for a draw at 21/10 against table-topping Serbia.

In the same group Marko Arnautovic is 9/2 to score the first goal in the match between Austria and Georgia.

Four teams remain in the hunt to qualify from Group I and a draw at 9/4 in Turkey may be enough for Croatia to keep on track to reach next summer’s extravaganza.

Finland have struggled during qualifying but should be able to win against Kosovo with a 2-0 victory for Markku Kanerva’s side available at 8/1, while Iceland can make home advantage count against Ukraine. Heimir Hallgrímsson’s team are 57/20 to edge the qualifier by a one-goal margin.