There are two Premier League games on Sunday as Everton host Wolves and Tottenham make the short journey to Arsenal, and we will start by looking at the hotly-anticipated north London derby.

All form usually goes out of the window when these two rivals meet but there is not too much form to go on so early in the season.

The Gunners have won two but lost to Liverpool last time out while Spurs were one of a number of sides on four points heading into the weekend’s fixtures.

Their only success in the league to date has been a 3-1 home win over Aston Villa although a 2-2 draw at Manchester City was certainly cause for optimism.

I feel they can take that to the Emirates and get the better of Unai Emery’s side even though it seems as though Mauricio Pochettino’s men are not firing on all cylinders at present.

They are still a talented unit and, once they click, will surely be there or thereabouts this term.

Arsenal’s Pierre-Emerick Aubameyang remains a threat to any team and will be a player that the visitors’ rearguard will need to watch after last season’s goalscoring exploits.

These two teams have ambitions to break to the top six and it remains to be seen which one, if any, can do that this season.

Wolves seem best equipped but will also have the Europa League to think of – and that can be quite a distraction.

Nuno Espirito Santo’s men were superb in moving past Torino to advance to the group stage on Thursday and they will travel to Goodison Park just three days after that match.

There may be a few tired legs and, with that in mind, they would probably be happy leaving Merseyside with their fourth consecutive league draw.

Marco Silva’s men were beaten 2-0 by Aston Villa last time out and, while they can certainly play better than they did at Villa Park, the men in gold and black will provide a stiff test of their credentials. 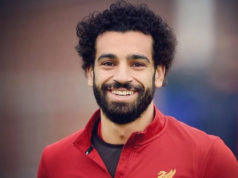