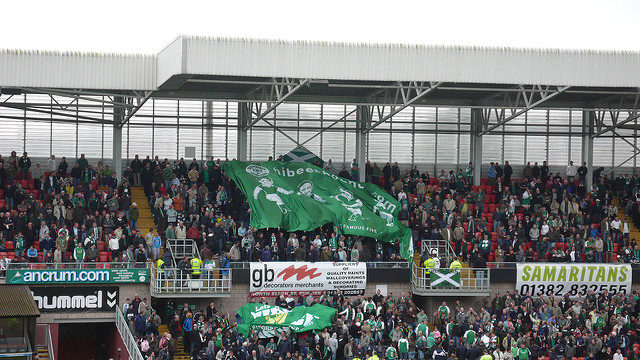 Hibernian are officially the in-form team in the Scottish Premiership after a hat-trick of league wins lifted them into third spot and they are fancied to continue their upsurge on Saturday.

Neil Lennon’s side have really started to click recently and, all things considered, they have made an excellent return to the top flight over their opening dozen games.

They’ve been to Glasgow’s big two and come home with four points – a 3-2 win over Rangers in August and a highly commendable 2-2 draw against Celtic the following month.

In that contest, they came as close as anyone has to inflicting a domestic defeat on Hoops boss Brendan Rodgers.

It is over the past month, give or take, that Hibs have found recognisable consistency in their game and they’ve been rewarded.

On Tuesday evening, when most of Scotland’s attention was focused on Celtic’s joust with Bayern Munich a few miles away in Glasgow, Hibs recorded an excellent 3-0 win over Kilmarnock at Rugby Park.

With new Killie boss Steve Clarke having avoided defeat away at Rangers and then Celtic in his first two games, that win reflected well on Lennon’s team and it was enough to hoist them above Rangers into third spot.

The progress for Lennon and his squad had been gradual and steady. They’ve now won four of their last six in the league, failing only in their games again Celtic and Aberdeen, the two clubs currently above them.

Since losing a tight game to Aberdeen 1-0, Hibs have defeated Hearts in the Edinburgh derby at Easter Road and picked up maximum points at Motherwell and Kilmarnock. They also gave Celtic another fright in a 4-2 League Cup semi-final defeat at Hampden Park.

Hibs are 10/27 to overcome Dundee at Easter Road on Saturday. Given their own recent defensive record, and the fact Dundee have conceded more goals than any other Scottish Premiership side (23 in 12 games), Lennon’s team make plenty of appeal at 11/10 conceding a one-goal handicap.

Boosted by their win at Tynecastle last week, Rangers (1/3 to win) should be too good for Partick Thistle at Ibrox on Saturday, but instead of taking a home win it might be wiser to bank on the goals flowing, with over 2.5 priced at 2/3 in Govan.

There have been over 2.5 goals scored in 13 of Rangers last 16 Premiership games including that win over Hearts.

Aberdeen have defeated Hamilton in league and cup already this season and with Derek McInnes’ side having won nine of their last 10 away league games, they are fancied to oblige at 10/17 when they head for New Douglas Park on Saturday.