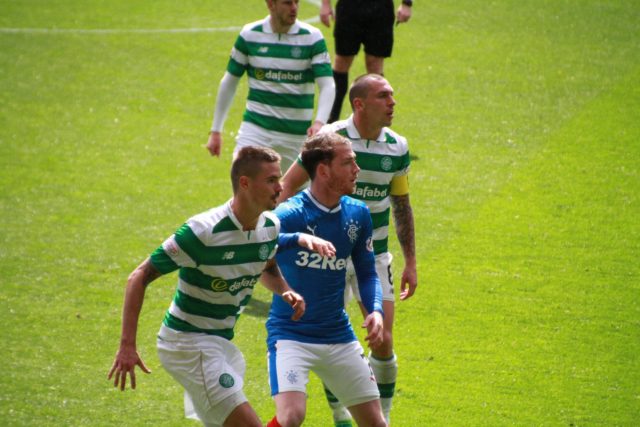 Rangers head for a tough Saturday lunchtime test against Hearts at Tynecastle having sacked Pedro Caixinha after just seven months in charge on the club.

The Ibrox powerbrokers elected to call time on the Portuguese on Thursday following two piercing blows in a little over three days.

On Sunday, Motherwell dumped Rangers out of the League Cup in their semi-final at Hampden Park, denying the Light Blues a tilt at Celtic in next month’s decider as they did.

Fast forward to Wednesday evening and Rangers’ season slipped to a new low as they were held by Kilmarnock in farcical fashion at Ibrox.

With Caixinha in the stands serving a suspension, some mild relief appeared likely as his side led 1-0 with the game almost at an end. They were awarded a penalty and the chance to make sure of their win.

Ryan Jack was then red-carded for ill-discipline, before the penalty was missed and Rangers misery compounded mere seconds later when former Gers winger Chris Burke levelled deep into stoppage time.

That result was to be the death knell for a manager that was unable to string three wins together during his seven-month stay in Scotland.

On Saturday Hearts, 12/5 to win, can deal out another punch by getting three points at Tynecastle. The Jambos have won their previous two clashes with Rangers in the capital.

Last Sunday, Motherwell stretched the rules to breaking point – and beyond – in serving it up to Rangers in a physical battle. Hearts will surely look to follow suit by turning this into a scrap.

Craig Levein could not ask for a better game in which to challenge his players after they lost the Edinburgh derby on Tuesday at Hibs. With Rangers now in utter turmoil, Hearts will sense their chance to draw blood.

Elsewhere this weekend there might be unlikely value in taking Hamilton Accies at 53/20 for victory over Dundee at Dens Park.

Hamilton’s record on the road of just two wins from 25 games is not inspiring, but one of those wins was at this venue. They have in fact won all three clashes with Dundee in 2017, scoring nine times without response.

They’ll fancy this job on that basis and, given they’ve got identical records after 11 games and the recent head-to-head record, they appeal at the prices to win.

Neil Lennon’s Hibs will be on a high after their derby success and they could plunder three points by defeating Motherwell at Fir Park, the visitors being 21/20 to do so.

Hibs were in control when the teams met last month when 2-0 up but they were pegged back by two Louis Moult goals in the final half hour.

With Motherwell having had a busy week, and Hibs benefitting from an extra 24-hours recovery time, they might have an edge and Lennon’s team have given some excellent away displays already this term at places like Ibrox and Celtic Park.