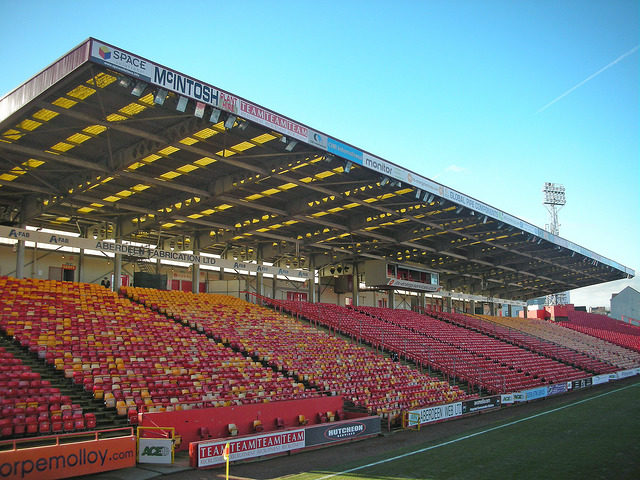 Aberdeen welcome Hibernian to Pittodrie at lunchtime on Saturday for this weekend’s standout Scottish Premiership game and they could be very hard to separate.

Neil Lennon and Hibs have gone toe-to-toe with Celtic and Rangers in recent days at Easter Road and, bar a last-gasp goal-line clearance and a dodgy penalty decision against them, they could have taken four points instead of one.

Mikael Lustig’s stoppage-time clearance denied Hibs overturning a two-goal deficit to win 3-2 and end Celtic’s domestic bliss on Sunday while on Wednesday an early lead and a dominant display went begging in a 2-1 loss against Rangers.

Will three big games in six days take a toll on Hibs when they turn up at Pittodrie? Perhaps, but their recent form on the road (P6 W4 D2) suggests they’ll be hard to beat just the same.

Aberdeen boosted their confidence on Wednesday with a comfortable win at St Johnstone although they’ll surely be pushed much harder here. Amid the uncertainty over Derek McInnes’ future, the Dons have lost three of their last four on home soil.

They’ll want a big effort in this one but, equally, so will Lennon who could feel his side deserved more from their clashes with the top two in the division.

A lunchtime kick-off can sometimes fail to catch fire and that, allied to the fact these teams are tough to separate on paper, leads to the suggestion of a stalemate at 23/10.

Kilmarnock have done well since Steve Clarke took over and now trail only Celtic and Rangers in the six-game form table.

Following form teams in the Scottish Premiership is often a sound strategy and, at 29/20, Killie are tipped to overcome Motherwell on Saturday.

The Steelmen have a decent record against Kilmarnock, winning all three clashes so far in 2017, but make little appeal this time.

Motherwell have been losing at both half-time and full-time in five of their last seven games and the signs are that their recent triple-header with Celtic has left a mark.

At Partick Thistle in midweek, three goals in 12 first-half minutes left Motherwell stranded although they did fight back to go down 3-2.

Clarke and Kilmarnock will take heart from their own midweek comeback at Ross County where they were 2-0 down at the break before claiming a point. Another win on Saturday will edge them closer to the top six and they are fancied to oblige.

Rangers (4/11) and Celtic (20/57) are also expected to get wins this weekend over St Johnstone and Hearts respectively.

A winning double on Glasgow’s big two pays just under even money, but it might be worth chancing them to win with a bit in hand.

St Johnstone’s troubles in front of goal are well known while Hearts trail Celtic by an aggregate score of 15-1 from four meetings this calendar year.

Taking Rangers and Celtic with one-goal handicaps pays punters at odds of 3/1 and it might even unite both sides of the Old Firm divide, momentarily, before Christmas.