Rangers make the trip to Rugby Park to face Kilmarnock on Wednesday night in the Scottish Premiership buoyed by their Old Firm victory over Celtic.

The Light Blues find themselves level on points with their biggest rivals at the top of the table after Scotland midfielder Ryan Jack bagged the winner in a 1-0 in over the Hoops in their last competitive match.

Gers have been busy in the transfer market to bring in two players from south of the border, with former England striker Jermain Defoe and Northern Ireland international Steven Davis both joining Steven Gerrard’s side.

Rangers’ last trip to Killie saw them record a 3-1 victory in August and given the growing confidence of the Ibrox outfit, it could be a similar scoreline this time around.

Hibs will fancy their chances of climbing up from their mid-table position when Neil Lennon’s side make the trip to Motherwell.

Four draws and a defeat in their last five outings means the Edinburgh outfit have fallen down the standings, but they still sit eight points clear of Motherwell.

Hibs have a strong record against the Steelmen, having gone unbeaten against them in their last five meetings, winning three of them.

A 3-0 hammering of Motherwell at Easter Road in their last clash will have given Lennon’s boys some confidence. They should just have that extra bit of class to get over the line and end their disappointing winless run. 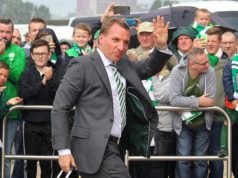