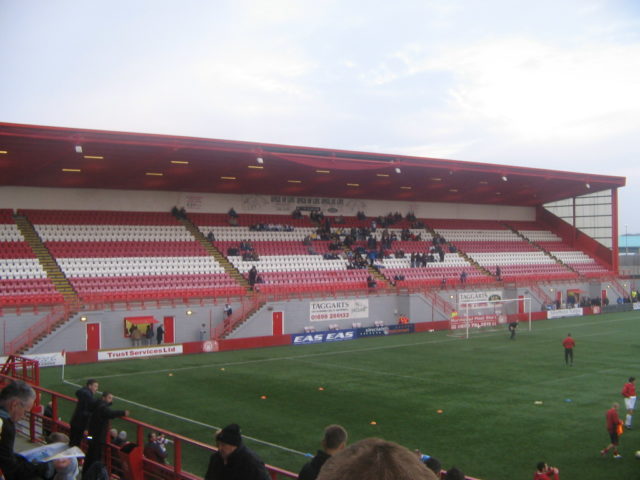 Hamilton Academicals are in decent form in Scotland’s top flight and they can take advantage of home comforts by seeing off the challenge of St Johnstone on Saturday.

The Accies sit alongside Celtic as the only side without a defeat in their previous six games, though they’ll be keen to start converting draws (four) into wins.

Martin Canning’s side get a solid chance to do just that on Saturday when St Johnstone visit New Douglas Park, where the Accies are tipped to prevail at odds of 17/10.

Hamilton will take plenty belief from having remained unbeaten in recent jousts with Aberdeen, Rangers, Hibs and Hearts – all of whom occupy top-six berths going into this weekend.

St Johnstone meanwhile continue to frustrate in front of goal, with just three from their previous six outings representing a poor tally, while they have returned pointless from four of their previous five away days in the league.

Hamilton’s home form isn’t overly inspiring, just one win from eight so far, but this is great chance to double that return. With Saints still fragile on the confidence front and Hamilton in fine form lately, it should pay to follow the form book here.

The action in Scotland gets underway on Friday night when Aberdeen head to Dens Park to face Dundee.

The Dons have been superb form on the road this season, five wins from eight games, but the uncertainty over manager Derek McInnes’ future is clearly having a destabilising effect on them.

Their efforts in last week’s double header with Rangers were notably below par and they may struggle once more at Dens.

The home side have lost seven on the spin to Aberdeen, but Dundee come into this game having achieved back-to-back wins for the first time this season, including a victory over Rangers last time out on home soil.

They’ll prove hard to crack and, with such doubts hanging over Aberdeen, 11/4 on the draw looks a solid proposition.

Rangers should be bubbling with confidence after their wins over Aberdeen and they can supplement those gains by taking care of Ross County at Ibrox.

County have done well in this fixture since Rangers returned to Scotland’s top flight, including draws in their previous two visits to Glasgow.

That said, Graeme Murty got a real tune from Rangers in those games against Aberdeen and they should build on that now. The Light Blues should come home with something to spare and Rangers -1 at 1/1 looks a decent shout.

On Sunday, Celtic go to Easter Road for the first time in almost four years, with the Hoops now unbeaten in 67 domestic games.

Hibernian and manager Neil Lennon have served it up to the Hoops recently, with their two meetings this season producing ten goals.

Hibs have breached the Celtic rearguard four times in two games and can do so again in front of their own fans. This one looks like being an open contest in Leith and so the 5/6 on both teams to score should prove profitable.