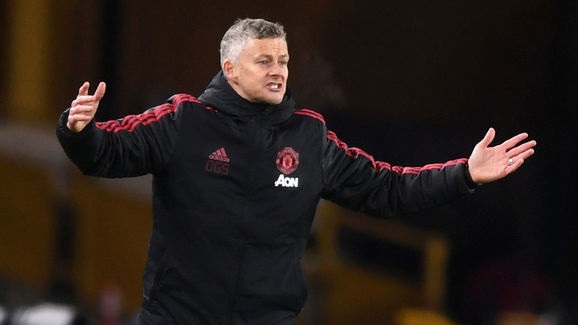 Manchester United are 6/1 shots in a home Premier League game for the first time and despite their recent problems, that looks awfully big.

Ole Gunnar Solskjaer’s men were woeful at Everton on Sunday, a 4-0 loss being their sixth defeat in their last eight games, while they have now gone 11 games without a clean sheet for the first time since 1998.

United won the Treble that season but the only prize on offer to them now is a top-four finish. That and restoring some seriously-damaged pride should act as plenty of motivation in what is always a hard-fought derby.

In addition, this has long been heralded as the key game in City’s title chase – win it and they reclaim top spot with just three games to go.

That brings pressure though and there will surely be some nerves, particularly after last week’s Champions League exit.

City have won here in each of their two league visits under Pep Guardiola but both have been 2-1 victories, while only a late goal secured a 3-1 win in the reverse fixture.

A venture into the cards market also looks worthwhile with United 4/5 to receive the most – something that has happened in four of six games since Guardiola arrived at City, including all three at Old Trafford.

United are second bottom of the fair play table and City second top, while that is also reflected in ref Andre Marriner’s dealings with both teams this season – he’s shown three cards to City players in their six meetings, and issued six to United in three matches.

In the night’s other match, the bet looks simple – Wolves to beat Arsenal at 9/5.

Arsenal’s top-four hopes suffered a major setback on Sunday when they lost 3-2 at home to Crystal Palace and the pressure is mounting.

The Gunners have kept just one clean sheet away all season – that at Watford last week when they faced 10 men for 79 minutes, winning 1-0. That is also their only win away against sides currently in the top half.

Wolves have possible European football to chase and can claim another scalp here.