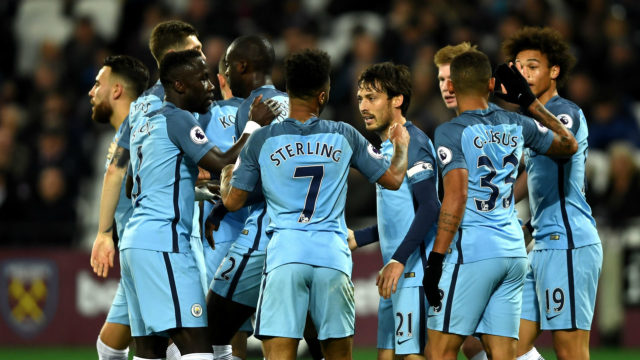 The second round of Premier League matches concludes on Monday evening with one of the most intriguing of the lot as Manchester City take on Everton.

City were effortlessly brilliant in their opening 2-0 win over Brighton, while the Toffees battled to a 1-0 victory against Stoke to continue their perfect start to the campaign, despite still being to hit the heights expected of them.

After splashing the cash over the summer, Pep Guardiola simply has to win silverware this season and winning their opening home game would certainly help build his side’s momentum.

A price of 20/67 makes them the huge favourites to win on Monday and goals should not be an issue, with both Sergio Aguero and Gabriel Jesus looking set to start again as a pair.Jesus is 23/20 to score first or last, with Aguero5/6 in the same market.

Everton’s new stars are still bedding in but that has not affected the Toffees’ results and they have so far won all of their games at home and abroad, without conceding a goal.

Ronald Koeman may again choose to switch to a back three to match City but will need some inspiration at the other end if his side are to win at the Etihad for the first time since 2010, an outcome that is 19/2.

Wayne Rooney could well be the man to provide that spark and at 16/5 in the anytime scorers market, will be determined to prove he has still got what it takes on his first competitive return to Manchester.

However, a look at these sides on paper makes it hard to consider anything other than a home triumph but with it likely to be open and entertaining game, the City win with both scoring at 17/10 certainly appeals.