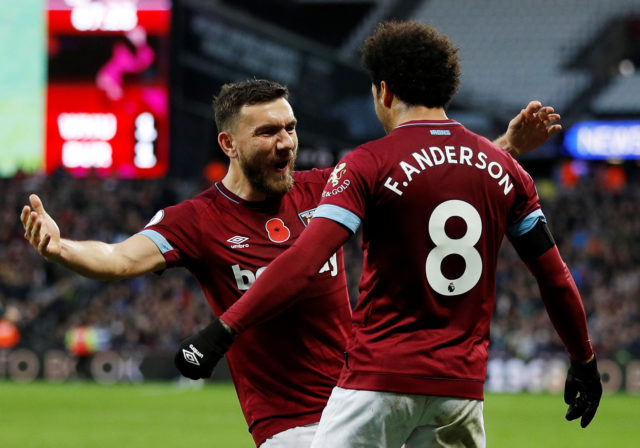 Injury-ravaged West Ham United can bring Southampton’s recent revival to a halt by holding Ralph Hasenhuttl’s team to a draw at St Mary’s on Thursday.

Manuel Pellegrini could be without up to 10 members of his first-team squad for the game including the likes of Javier Hernandez, Marko Arnautovic, Jack Wilshere and Manuel Lanzini.

The Hammers have been very inconsistent this season with a four-match losing start to the campaign coming to an end when they won 3-1 at Everton, while an impressive recent four-game winning run ground to a halt on Saturday when they were beaten 2-0 on home soil by Watford.

There are usually plenty of goals in West Ham games, they have only been involved in one goalless draw this season – against Chelsea – while they have won two and drawn two of their last four top-flight encounters on the road.

Saints have scored six goals in their last two matches, beating Arsenal 3-2 and winning 3-1 at Huddersfield Town, in sharp contrast to their first 16 Premier League fixtures of the season when they only scored 13 goals and picked up one win.

Hasenhuttl has galvanised a Southampton team that had struggled for creativity and goals under Mark Hughes and they look more than capable of clinching a mid-table spot this season and pulling clear of the bottom three.

With Arnautovic and Hernandez expected to miss the game, the likes of Robert Snodgrass and Felipe Anderson have the opportunity to continue their excellent form.

Scotland international Snodgrass has found the net four times in the Premier League this season and is good value at 10/1 to score the first goal on the south coast.