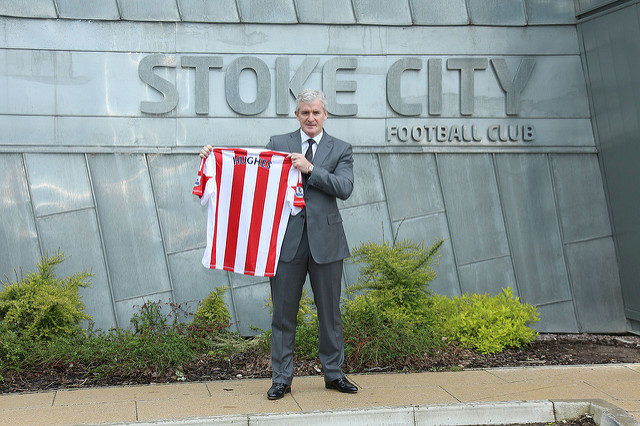 With the title already decided and the top-four places all but settled, relegation issues take centre stage in the Premier League this weekend.

First up at lunchtime on Saturday, Stoke City face a must-win clash at home to Crystal Palace, with the Potters three points adrift of safety and only having two matches left to play.

With that in mind, and with the visitors always offering an attacking threat, it is highly unlikely that a draw will be the final outcome on Saturday – even though Stoke have drawn their last three.

City, at 17/10, could offer a very decent return but with Palace all but safe, they may have an extra freedom which means 7/4 for them to claim victory is potentially a better option.

Southampton, like Stoke, are currently inside the relegation zone but a win over Bournemouth last time out has given them renewed hope of survival.

Now they head to Goodison Park to take on Everton, knowing a midweek clash with Swansea City could almost be a winner-takes-all encounter in the battle to beat the drop.

That will only be the case if they get something from their trip to Merseyside, with 23/10 for a draw a possible tempter.

Dusan Tadic scored when the Saints pummelled the Toffees 4-1 earlier this season and, having also netted both goals in the 2-1 win over the Cherries, the Serb is one to watch at 3/1 to score anytime on Saturday.

The final game of huge significance at the wrong end of the table is the visit of Swansea City to Bournemouth.

The Swans know Southampton are hot on the heels and with the aforementioned meeting of the two sides on the horizon, they simply have to get something from their visit to the Vitality Stadium.

However, they have yet to register a win in five previous Premier League meetings with Bournemouth and 51/20 for a draw could catch your eye, with 53/20 for the hosts to win by a one-goal margin also offering decent prospects.

Sunday sees Chelsea host Champions League finalists Liverpool and there appears to be little doubt which market is the one to watch.

Five of the last eight meetings of the two sides have ended in 1-1 draws and so 23/4 for that to be the case again this weekend is definitely something to seriously consider.