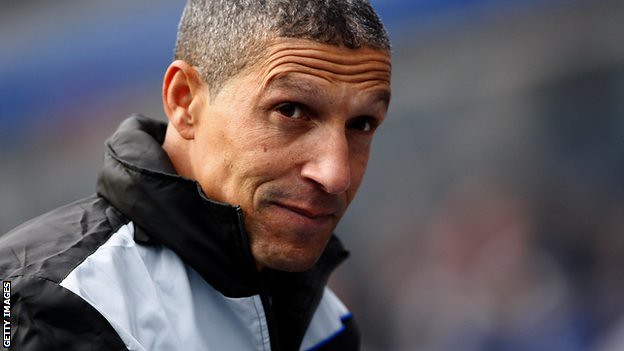 Brighton may have been in freefall recently but they may need just one goal to defeat Newcastle United on Saturday and ease their relegation concerns.

Chris Hughton’s side won 1-0 at St James’ Park in October thanks to Beram Kayal’s first-half effort, the only Premier League goal the Israeli has scored this season.

The Seagulls have failed to score in their last six top-flight matches but the spirit they showed in drawing 0-0 at Wolves last weekend and only losing 1-0 to Tottenham in midweek shows that they should survive.

Only the bottom three teams have scored fewer away goals this season than the Magpies so a narrow home win seems the most likely outcome at the Amex Stadium.

A Brighton win would be a disaster for Cardiff City who start the weekend three points behind the south-coast outfit.

Neil Warnock’s side face a Fulham outfit that are playing with freedom now that their relegation has been confirmed with back-to-back wins and clean sheets against Everton and Bournemouth lifting spirits at Craven Cottage.

The Bluebirds will be desperate for a victory, which could play into the hands of Scott Parker’s team who are 59/20 to win with both teams to score.

Tottenham may have struggled on their travels recently but they have won their last three home Premier League matches and can warm up for their Champions League semi-final against Ajax by winning the London derby against West Ham United. A draw at half time and Spurs victory after 90 minutes is available at 3/1.

Crystal Palace face Everton at Selhurst Park and it may be a case of after the Lord Mayor’s Show as the Eagles won at Arsenal last weekend and Marco Silva’s team thrashed Manchester United 4-0. A goalless draw for a Palace side that have struggled at home all season could be on the cards.

Finally Southampton can end any lingering relegation concerns by easing to a two-goal win against Bournemouth (15/4), while the Vicarage Road clash between FA Cup finalists Watford and seventh-placed Wolves could finish as a draw (11/5).