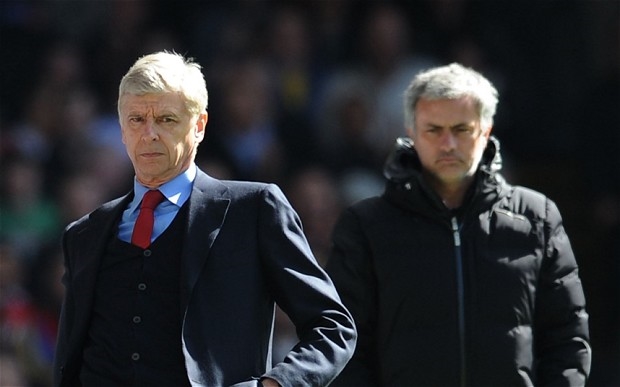 After finally ending his dreadful record against Jose Mourinho’s teams when Arsenal beat Manchester United 2-0 in May, Arsene Wenger can repeat the trick at the Emirates Stadium on Saturday evening.

Granit Xhaka and former United star Danny Welbeck scored on that occasion after Wenger had lost eight and drawn seven of his previous 15 competitive matches against Mourinho.

The Gunners have been extremely impressive on home soil this season with the midweek 5-0 victory against Huddersfield Town making it seven top-flight wins out of seven.

United have also won all seven of their Premier League matches at Old Trafford but have been less impressive away from home and have only tasted victory three times in seven fixtures on their travels.

They lost 1-0 at Chelsea four weeks ago and parked the bus in their goalless draw at Liverpool in October, and Mourinho may well be content with another stalemate on Saturday.

Alexandre Lacazette picked up an injury against the Terriers and will miss the game so it may be worth betting on the in-form Mesut Ozil to score the first goal in the match at odds of 11/1.

Nemanja Matic looks set to be missing for United so consider betting on Anthony Martial, who netted in the 4-2 victory at Watford on Tuesday, to score the first goal in north London at 6/1.

Wenger’s team have responded well to losing 3-1 at Manchester City, winning three games in a row against Tottenham, Burnley and Huddersfield – keeping clean sheets in each of them. They are 11/5 to keep another clean sheet against United.

The match seems certain to be a low-scoring affair with the odds on there being one goal in the game worth taking up at 33/10.