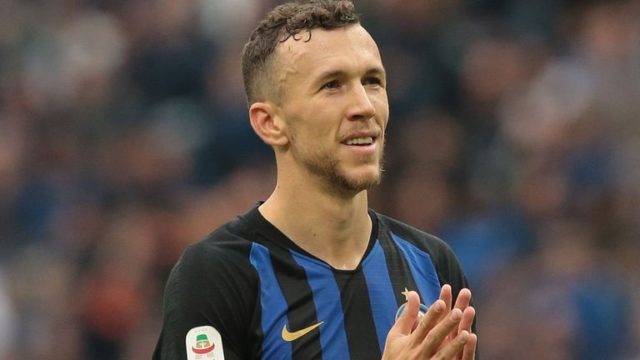 With the clock counting down until the transfer window firmly shuts close there are still some massive deals that could get over the line before 11pm on Thursday.

The Gunners could be handed a big boost in their hopes of securing a top-four finish, if they can land Inter Milan star Ivan Perisic.

Manchester United have long been linked with a move for the Croatia midfielder, who was a key figure in helping his country reach the 2018 World Cup final.

However, the latest reports suggest the Gunners have made an approach for the 29-year-old, having already seen their attempts to land Colombian star James Rodriguez seemingly fall short.

One man who could be on his way out of the Premier League this month is the highly-rated Chelsea winger Callum Hudson-Odoi.

The 18-year-old is regarded as a real prospect and his potential has certainly not gone unnoticed in Bavaria where Bayern Munich are pushing for a deal.

Reports have suggested Hudson-Odoi put in a transfer request at the weekend and the Blues might be forced to concede defeat on this one and allow the starlet to move for around £35m, rather than see him walk on a free down the line.

Crystal Palace to be relegated @ 16/1

Looking towards the bottom end of the Premier League table, rumours have been stirring of Borussia Dortmund renewing their interest in Crystal Palace star Wilfried Zaha.

The Eagles managed to fend off interest from the Bundesliga giants over the summer and now it looks like it could be a nervous wait for Palace as they desperately try to keep hold of a winger who is key to their survival hopes this season.