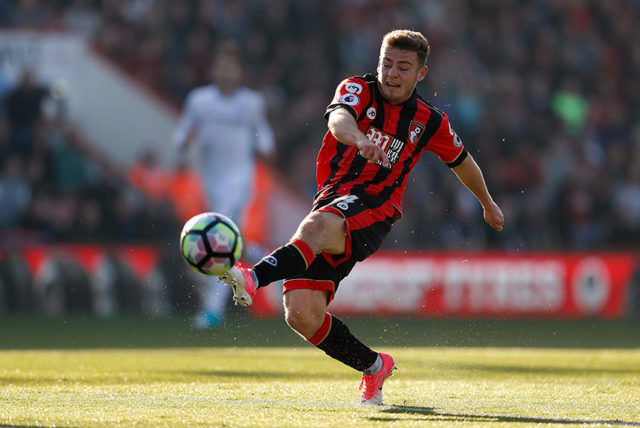 Bournemouth host Crystal Palace on Monday night with the Cherries looking to bounce back from last weekend’s unexpected 4-0 defeat at Burnley.

Eddie Howe rang the changes on Tuesday in the Carabao Cup as the south coast outfit saw off Blackburn 3-2 and they are tipped to edge out a Palace side that have only managed seven points from their first six games.

Before the major disappointment against the Clarets, Bournemouth had enjoyed a fine start to the season and they look well equipped to fight for a top-half finish with summer signings Jefferson Lerma and David Brooks adding depth and quality to their squad.

Ryan Fraser has been outstanding out wide and has four goals to his name in all competitions so far this season, while Josh King and Callum Wilson – who have five between them – are a handful for anyone up front.

Those three are obvious options when looking at the goalscorer markets and Fraser’s anytime odds of 4/1 appeal.

Howe will not tolerate two lacklustre Premier League displays on the bounce so expect Bournemouth to take the game to the Eagles, who were off-colour themselves when winless Newcastle held them to a goalless draw at Selhurst Park last weekend.

Palace’s big problem so far has been scoring goals, they’ve managed just four in six games and star man Wilfried Zaha has three of them so if Bournemouth can keep him quiet – which is no easy task – they are likely to claim all three points.

Roy Hodgson is again set to be without striker Christian Benteke, who has a knee injury, so their chances of being able to find the back of the net are reduced further leading to suggestions the Cherries can win this to nil.

It is unlikely to be a goal-fest and a dull 1-0 home victory, on offer at 35/4, is also attractive in the correct score market.