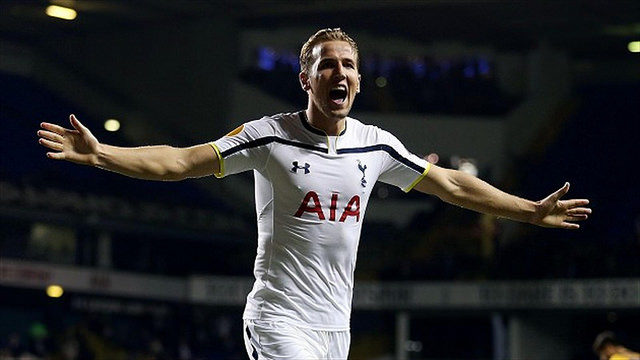 ‘He’s one of our own’. That’s the cry from the Tottenham faithful that normally greets another Harry Kane goal and it is a chant Arsenal fans have become all too accustomed to hearing.

Eight goals in 10 north London derby appearances have only enhanced his link to the Spurs fans and he’s fancied to do the business again when the Gunners visit Wembley on Saturday.

The return of Kane from an ankle injury has been the only positive for Tottenham in the last week, with back-to-back losses to Burnley and Chelsea prompting Mauricio Pochettino to wave the white flag of surrender in the Premier League title fight.

Kane has hit the ground running, notching against Burnley, and will surely add to his tally of 21 goals in all competitions against a generous Arsenal defence.

The Gunners are now breathing down the necks of Spurs after back-to-back wins and, while they look dangerous going forward, their struggles at the back show no signs of ending, keeping just four clean sheets in the league this season.

Spurs have hardly been convincing at the back, either, and having shared six goals in the reverse league fixture in December, both teams to score at 4/7 makes sense.

Brighton have found themselves on a slippery slope since the start of 2019, having looked set for a comfortable mid-table finish. They now sit just two points outside the relegation zone.

Saturday’s visit of rock-bottom Huddersfield is a crucial fixture and alarm bells are likely to go off should they fail to beat the Terriers.

Jan Siewert got his first win in charge of the Yorkshire outfit against Wolves on Tuesday but their away record is dreadful, taking one point from their last seven matches on the road.

Brighton were unlucky not to take anything at Leicester on Tuesday and should have enough to see off Huddersfield in a low-scoring encounter.

City struggled past West Ham on Wednesday night to remain on the coattails of Liverpool in the Premier League title race and could go top if they get the better of Bournemouth on Saturday.

Meanwhile, Bournemouth will be desperate for the comforts of home after a ninth straight away defeat at Arsenal, with their injury-ravaged squad proving no match for the Gunners.

Despite their travel sickness, the Cherries continue to perform well at home and have scored two or more in four of the last six at the Vitality Stadium.

However, they look shocking defensively and with City having only failed to score twice away from home all season, it should be raining goals on the south coast.