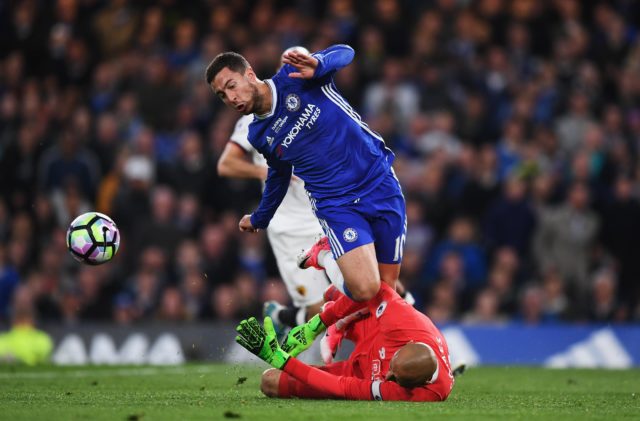 It’s proving to be another unpredictable Premier League season, with game week two bringing more surprises and some thrilling games.

Here are five things we learned this weekend….

Jose Mourinho was criticised for his negative, sometimes boring, tactics last season as Manchester United eventually finished outside of the top four.

With more money to spend though, the ex-Chelsea boss has rectified the problems they had last term and they now look like a goal-scoring machine.

RomeluLukaku (21/10 to finish top goalscorer) has already bagged three goals in two games and United have rattled in eight goals in their first two fixtures.

Mauricio Pochettino says there is no excuse for Tottenham not to perform at Wembley, but it hasn’t started well for his title hopefuls.

Spurs’ poor recent record at the home of English of football, will have the fans worried about a whole season at their temporary home.

Despite being the better team for much of the game, it was London rivals Chelsea who again collected the points and left Spurs panicking ahead of their clash with Burnley this Sunday (Match Odds – Tottenham 1/4, Draw 9/2, Burnley 10/1).

3) Rafa needs to weave his magic

Newcastle already look in trouble after two games – two defeats and no goals – and a lack of transfer activity is a real worry.

Rafa Benitez has already moaned about a lack of new faces and watched on as his side were turned over at Huddersfield.

If they don’t get two or three players before the deadline, it looks like a swift return to the Championship for the Magpies (21/10 to be relegated).

Two games, no points and no goals – things have got off the nightmare start for Crystal Palace and new boss Frank de Boer.

Christian Benteke is a regular 15+ goalscorer in the Premier League, but unless he gets some help up front, that Palace are looking at a relegation battle (5/2 to be relegated).

After a heart-breaking defeat at Arsenal in the first game, Leicester (9/1 Top Six Finish) bounced back in fine style against Brighton.

The 2015-16 champions have made a couple of quality additions – especially Harry Maguire – and they should believe that they can challenge for European qualification.