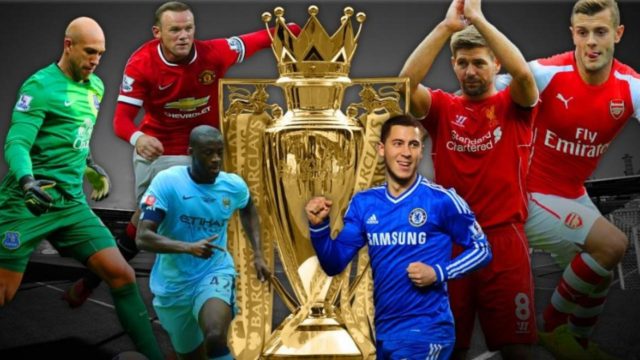 There were plenty of goals on the first weekend of the Premier League season and it looks like we’re going to be in for a rollercoaster campaign.

Here’s five things we learned from the first round of games….

1) Something is not right at Chelsea

The last two champions of the Premier League have struggled the following campaign in the defence of their title, with Chelsea’s early form suggesting that might be the same again.

They look out of sorts against Arsenal in the Community Shield, but nobody could have expected what happened in their opening game at home to Burnley.

A 3-2 defeat was compounded by the red cards for Gary Cahill and Cesc Fabregas, with many fans bemoaning the absence of the unwanted Diego Costa and the injured Eden Hazard.

They may have had to spend big money this summer, but Manchester United look to have strengthened in the right areas with the right players.

It’s incredible that Chelsea decided to sell Nemanja Matic to one of their rivals and the Serbian highlighted in the 4-0 win, just what a crucial player he could become at Old Trafford.

Meanwhile, in Romelu Lukaku, they have bought a player who is guaranteed to bring you goals and two on the opening weekend was a great start to life at United.

3) City have a fierce goal threat

Manchester City were asked questions by a very defensive Brighton formation, but they had all the answers to run out comfortable 2-0 winners.

In Gabriel Jesus and Sergio Aguero, they have potentially the most potent strike force in the top flight and plenty of goals throughout the side.

Pep Guardiola had the likes of Raheem Sterling, Leroy Sane and Bernardo Silva to bring off the bench – a scary thought for their title rivals, let alone Brighton!

Tony Pulis’ teams are always well drilled defensively and a clean sheet on the opening weekend against Bournemouth suggests little has changed at West Brom.

The Baggies may have lost defensive midfield lynchpin Darren Fletcher in the summer, but they don’t look to have been impacted by his switch to Stoke.

5) Huddersfield look better than most thought

Having been written off by many in the fight to survive in the Premier League, Huddersfield showed their credentials with a comfortable 3-0 win at Crystal Palace.

The Terriers are likely to be battling to avoid the drop towards the end of the season, but in Steve Mounie they have a striker who could keep them up with crucial goals.

David Wagner’s men now face crucial home games against Newcastle and Southampton in the next couple of weeks.