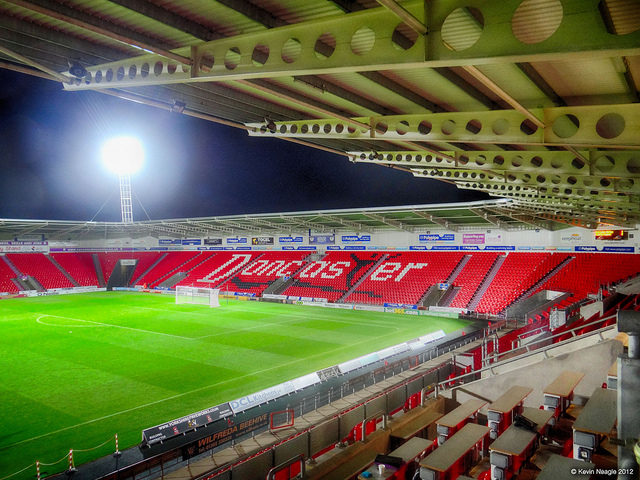 Peterborough United have won their first four League One matches of the season, scoring 12 goals in the process, but their perfect record could come to an end at Doncaster on Saturday.

Rovers have drawn their first two matches at the Keepmoat Stadium this season and are good enough to secure a 1-1 result against the league leaders, which can be backed at odds of 25/4.

Bradford City, who reached the play-off final last term, are ninth in the table at the moment but may be held to a draw at 47/20 by Bristol Rovers, who are 11th after beating Fleetwood Town 3-1.

Blackpool have started the campaign well and have enough quality to defeat an AFC Wimbledon side that finds goals hard to come by.

The Seasiders are 7/4 to keep a clean sheet against a side that have only found the net three times in their first four games.

Unbeaten Scunthorpe United can grind out a 1-0 victory at Bury at odds of 8/1 while Gillingham look good value at 7/4 to defeat unbeaten Shrewsbury Town.

Oxford United can add to the gloom at Stadium:mk by winning 2-0 at MK Dons at 14/1 while Charlton Athletic can beat struggling Oldham Athletic from behind at odds of 29/4.

Southend United have the worst defensive record in League One so the chances of there being over 4.5 goals in the match against Rochdale at 17/4 should be taken up, while the clash between Walsall and Plymouth Argyle seems set to be a draw, which can be backed at 47/20.

On Sunday Portsmouth’s in-form striker Brett Pitman is 15/4 to score the first goal against Rotherham United.