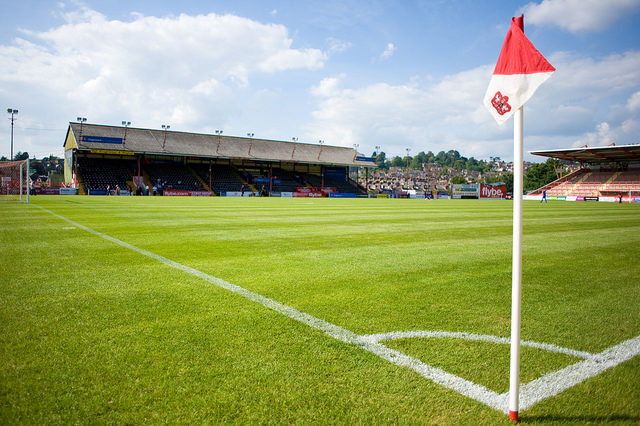 Only a late-season rally saved the Exiles from being relegated to the National League in 2016/17 but they are second after easing to a 4-1 victory against Chesterfield.

Paul Tisdale’s team should be far too good for Newport though, with a 3-0 win for the Grecians available at 19/1.

Lincoln have made a mediocre start to life in League Two following promotion and they have another tricky match against Luton, who are 3/1 to beat the Red Imps by a two-goal margin or more.

Crawley surprisingly won at 3-0 Swindon on Saturday but Harry Kewell’s team face a Yeovil side that have responded well to the embarrassment of losing 8-2 at Luton on the opening day and can beat the Reds at odds of 37/20.

Although Forest Green have been poor so far, Christian Doidge has been in good goalscoring form and can be backed at 23/4 to score the first goal at Wycombe.

Cambridge have only found the net twice in their first four games and odds of 8/1 on their match against Colchester ending goalless seem tempting, while Carlisle can beat Steve Evans’ Mansfield side 2-1 at Brunton Park at 37/4.

Stevenage can extend their unbeaten start by drawing at Cheltenham at odds of 23/10 while Chesterfield are 47/20 to eke out a draw with Coventry.

Crewe can keep a clean sheet at 12/5 at Grimsby, while Accrington can clinch a 1-0 win at 7/1 at shot-shy Morecambe.

Port Vale have the quality to come from behind to see off Notts County at 21/2, while Swindon can ease to a 2-0 victory against Barnet at odds of 17/2.