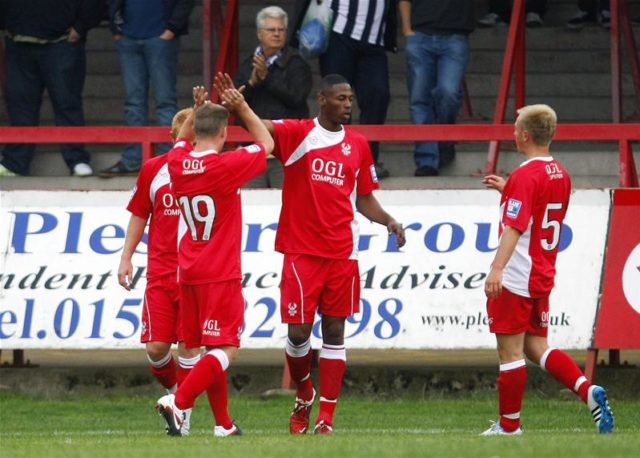 Experience could count for Newport County when they take on Tranmere Rovers in the League Two play-off final on Saturday at Wembley.

The Exiles have been known more for their FA Cup giant-killing over recent seasons, but a 10-match unbeaten run at the end of the regular campaign saw them sneak into the top seven.

Michael Flynn’s side showed their resilience once again in the play-off semi-finals, overcoming Mansfield via a penalty shootout and they should not be overawed heading to Wembley, as only three players in the squad have not played at the iconic venue before.

Newport also got the better of Tranmere during the regular season, claiming a 1-0 victory at Prenton Park back in September, before the teams played out a 0-0 draw at Rodney Parade just over a month ago.

With just one goal in the two league meetings between the two sides this season, it would not be too much of a surprise if Saturday’s match proved to be another low-scoring affair.

There have only been three goals in the last four meetings between the sides and they were the lowest scoring teams to finish in the top seven, with Tranmere (63) and Newport (59) finding the back of the net fewer times than Oldham (67) and Northampton (64), and both those sides went on to finish in the bottom half.

That is not to say there are not goalscoring threats in both squads, with Padraig Amond and Jamille Matt having netted a combined 29 times for Newport during the regular season, while Tranmere hot-shot James Norwood was the division’s leading scorer with 30.

However, it has to be said none of those players were able to find the net when the teams met during the regular season.

As previously mentioned, Newport striker Matt has enjoyed a productive campaign, finding the back of the net 20 times across all competitions, making it by far and away his most productive season in the Football League.

It has not just been the number of goals the 29-year-old has scored that has caught the eye, but also the fact he appears to be a man for the big occasion.

He scored an 87th-minute equaliser against Morecambe on the final day of the regular season to clinch Newport’s place in the play-offs, while he also netted as the Exiles knocked Leicester out of the FA Cup in January.

The forward may also have a point to prove at Wembley, as he was an unused substitute when Fleetwood clinched promotion in the 2014 League Two play-off final, something that may well give him extra motivation come Saturday.