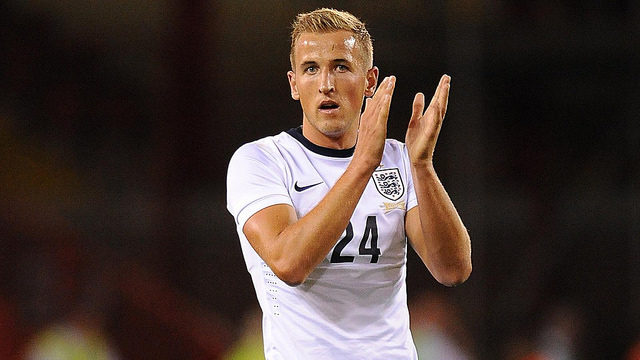 Harry Kane is in irresistible form and the England striker can unlock a tight Slovenia defence when the two teams meet at Wembley on Thursday night.

The 24-year-old began September by scoring twice for Roy Hodgson’s side in Malta and has since gone on to find the net 11 times in six matches for Tottenham.

Slovenia will be difficult to break down – they held England to a goalless draw in Ljubljana 12 months ago – while they have only conceded four goals in their eight qualifiers.

A hard-fought 1-0 victory for England is available at 5/1 while Kane is 12/5 to score the first goal.

Elsewhere in Group F, Scotland need to beat Slovakia to keep their hopes of reaching the play-offs alive.

Gordon Strachan’s team are good value at 7/5 to triumph at Hampden Park against a team that have one point more than the Scots after eight matches.

In the other match in the group, Malta are 29/10 to clinch a rare win by beating Lithuania.

In Group C, Germany are 23/10 to beat Northern Ireland in Belfast by a one-goal margin while Azerbaijan are good value at 7/2 to emerge victorious against a Czech Republic side that have endured a desperately disappointing qualifying campaign.

Norway are also going through a barren period but are 9/2 to beat San Marino 4-0 while, in a tight Group E, Poland are close to confirming their place in Russia and are available at 5/2 to beat Armenia by one goal.

Montenegro host Denmark and both teams are still hopeful of reaching next summer’s tournament. Montenegro are 5/2 to beat the Danes while Romania are 49/20 to see off Kazakhstan by one goal in the other Group E encounter.