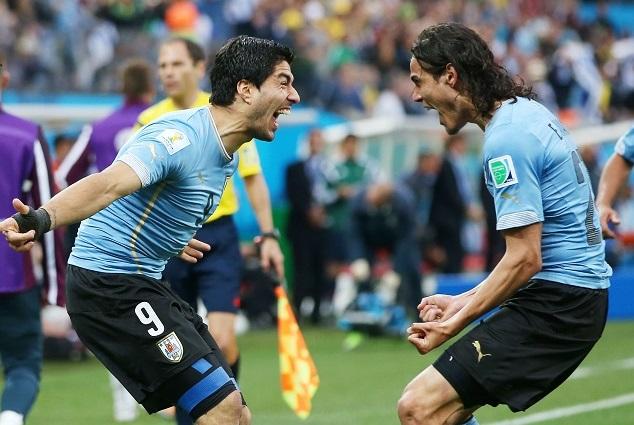 We have reached the quarter-final stage of the World Cup and there are four fascinating and unpredictable matches to come.

The first quarter-final is arguably a clash between the best defence and best attack in the tournament, as Uruguay and France meet in Nizhny Novgorod.

A lot will depend on whether Edinson Cavani is fit for the South Americans, having suffered a calf injury in the last-16 win over Portugal.

If the PSG star is not available, the game will almost certainly swing in France’s favour, with teenage star Kylian Mbappe 11/2 to score the first goal.

The sides have the calibre to make life difficult for the other and both teams to score in 90 minutes looks like a good bet at 13/10.

Brazil v Belgium has the potential to be the best game of the last eight and also to deliver a goal-feast.

The rivals have scored 19 goals between them so far in the tournament (Belgium 12 / Brazil 7) but, surprisingly, Brazil have looked more secure at the back – conceding just one goal to date.

But Belgium’s ability to mix up their play with long and short passing, their threat in the air and pace on the break may prove decisive.

Eden Hazard, who scored twice in Belgium’s Group G win over Tunisia, looks a good price at 13/5 to score at anytime – especially as he takes his nation’s penalties.

Many will be surprised to see both Sweden and England in the quarter-finals, but both will now feel they can make the last four.

England go into the game as favourites, but have a whole host of injury problems to contend with, as the likes of Delle Ali, Jamie Vardy and Ashley Young are doubtful.

Harry Kane cannot stop scoring, he tops the goal-scoring charts with six goals and the England skipper is now 20/67 to win the Golden Boot.

Most pundits did not give the hosts much change of getting out of their group, but they now stand on the verge of reaching their first semi-final as Russia – they finished fourth in 1966 as the Soviet Union.

Russia’s momentum has grown since their opening-game thumping of Saudi Arabia and they will go into Saturday’s match full of confidence. That and the backing of a huge crowd in Sochi might just give them an edge against the unpredictable Croatians.

Having looked very good in the group stage, Zlatko Dalic’s men struggled to see off Denmark in the last-16 and their confidence will have been hit by a disappointing display.

If Croatia are to win, they will need big performances from their key midfield trio – Luka Modric (4/1 to score first or last goal), Ivan Rakitic and Ivan Perisic.