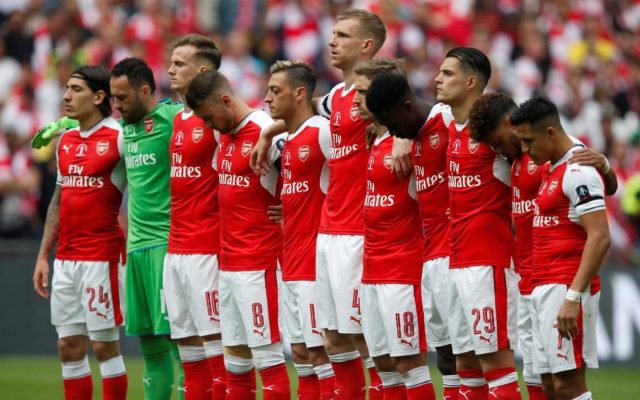 Arsenal will be confident of putting their previous opening weekend woes behind them when they welcome Leicester to the Emirates on Friday.

The Gunners have made a winning start to the Premier League campaign only once in the last seven years and will be facing a Foxes team who will feel they have something to prove following a difficult title defence last term.

Arsene Wenger’s men made an encouraging start to their campaign by winning last weekend’s Community Shield against Chelsea and at 20/41, will hope their success at Wembley can carry them to an opening win.

Although Alexis Sanchez’s future remains up in the air, they still have plenty of firepower and new boy Alexandre Lacazette should make his competitive home debut. The Frenchman is a handy 16/5 to score first and 15/4 to find the net twice or more.

Fit-again Danny Welbeck could prove an able foil and after a tough 18 months, 6/5 looks good for him to score at anytime.

Laurent Koscielny’s suspension, combined with fitness doubts over Shkodran Mustafi and Per Mertesacker means summer arrival Sead Kolasinac could start in defence, a popular choice following his brilliant showing off the bench at Wembley.

For Leicester, it has been a summer of change with Craig Shakespeare being rewarded for his exploits last season by being appointed as their manager on a permanent basis.

It remains to be seen how he adapts to the step up from assistant to top job but there is no doubt he has added well.

Harry Maguire and Vicente Iborra have both been signed and are likely to start in North London, although fellow summer arrival Kelechi Iheanacho may have to settle for a place on the bench.

Doubts remain over whether Riyad Mahrez will feature but Jamie Vardy is pencilled in to start and can be found at 39/20 in the anytime scorers market.

In fact, a Foxes victory is a tempting 11/2, with the draw 7/2 but it appears hard to see past Arsenal, who have won their last five at home, while their opponents have failed to triumph in 19 of their previous 21 on the road.

Arsenal have also won their last seven home meetings between the pair and a repeat of last term’s 1-0 is 31/4.

Despite their previous August woes, it looks hard to see anything other than an opening night win for the Gunners.