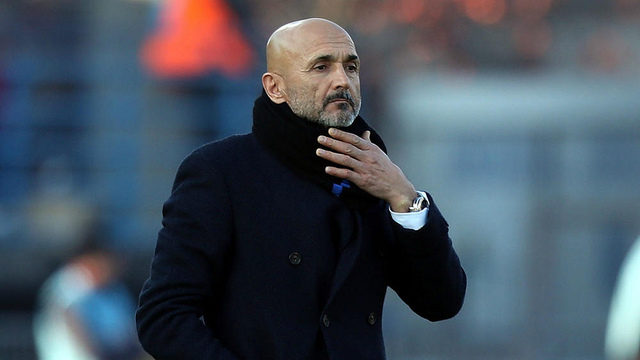 Inter Milan have a great opportunity to get back on the goal trail when they take on Rapid Vienna in the first leg of their last-32 Europa League tie on Thursday.

Inter have returned to their Catenaccio days of the 1960s of late, with goals in their games extremely scarce at both ends of the pitch.

Until December goals were flowing for Luciano Spalletti’s team although in their last nine Serie A matches they have scored just five goals and conceded four.

Seven of those nine games have finished 1-0 while there has been one goalless stalemate and one 1-1 draw.

It seems that if Mauro Icardi does not score then Inter struggle – and the Argentinian striker has failed to find the net in his last seven league appearances.

He can be backed at 11/4 to end his barren run by scoring the first goal on Thursday.

Rapid are enduring a dreadful campaign and are eighth of 12 teams in Austria’s top flight. Their last game before the winter break was a dismal 6-1 loss at city rivals Austria Vienna.

They did beat Rangers in the group stage of the Europa League before Christmas although they could be outclassed if the Italian side hit their stride.

Elsewhere on Thursday, goals could be at a premium at Celtic Park where Valencia are the visitors.

Los Che have drawn 13 of their 23 La Liga matches this season, scoring 24 goals while conceding just 20. Brendan Rodgers’ team may struggle to break down such a rugged defence.

Arsenal beat BATE Borisov 6-0 and 4-2 in last term’s Europa League and Unai Emery will be keen to see some defensive solidity from his team in Belarus.

The Gunners have failed to keep a clean sheet in 13 away Premier League matches this season.

Maurizio Sarri will also be happy for his Chelsea team to keep it tight at Malmo, who are coached by Uwe Rosler, after losing 6-0 at Manchester City on Sunday.

The Swedish side don’t concede many goals and so a 1-0 win for Chelsea, available at 5/1, may be the way to go.