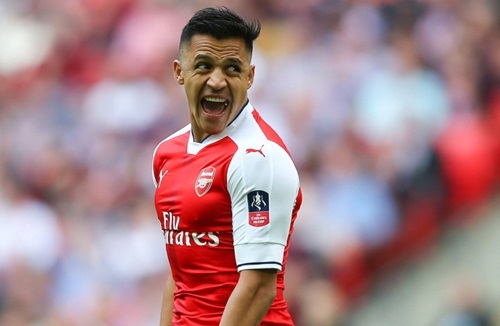 It may not be top of everybody’s priority list but the Europa League has a habit of throwing up surprises and Thursday’s batch of games promises plenty of excitement.

Off-field chaos was matched by uncertainty on the field in Arsenal’s opening win over Cologne and they could have another awkward evening when they travel to BATE Borisov.

The Belarusians are able customers on home turf but the Gunners should have enough, and with the away win a strong favourite at 20/43, maybe Alexis Sanchez’s 20/21 to score at anytime is the way to go.

Everton need to get back on track when they take on Apollon Limassol. The Toffees were atrocious in losing 3-0 at Atalanta in the opening round and have some making up to do.

Goodison is usually a fortress though and with them such a short price, it may be wiser to look at the home win to zero at 20/23.

In Group E’s other match, Lyon should get past Atalanta, but it will not be easy so the home win with both scoring the one to watch at 49/20.

Home wins look like popular shouts for those eyeing the sensible money, with AC Milan, Athletic Bilbao, Nice and Lazio all set to host but there is value to be had and Partizan Belgrade could shock at 53/20, with Dynamo Kiev often flaky on the road.

Salzburg at 7/5 may also do the business when inconsistent Marseille come to town, while Braga at 5/4 to beat Istanbul Basaksehir looks absolutely super.

The game in Russia’s second city also looks intriguing but with Zenit St Petersburg and Real Sociedad too tough to split, both to score at 5/7 could be on the cards.