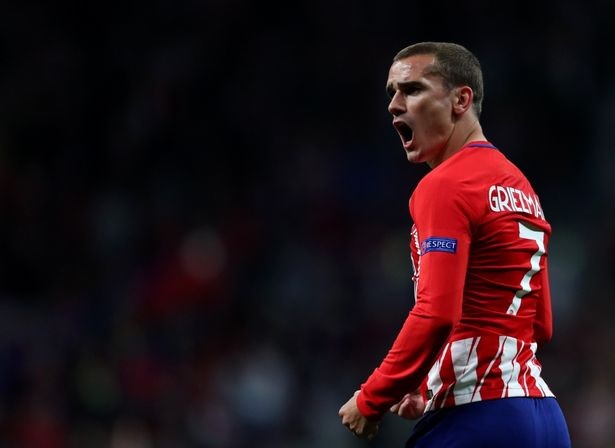 Marseille may be on home soil for the Europa League final against Atletico Madrid, but a fellow Frenchman will be among the main obstacles to glory in Lyon.

France international striker Antoine Griezmann is seemingly leaving the club every time the transfer window opens, but while he stays put he continues to bang the goals in for Atletico.

Twenty-seven have been rattled in in all competitions so far this season, including three in his last five Europa League outings, all of which have been final goals of the game.

Selecting a team of players not heading to the World Cup finals is always fun and Madrid goalkeeper Jan Oblak would undoubtedly be in most people’s line-ups.

The Slovenian has been an outstanding success as the successor to Thibaut Courtois and two goals conceded in five Europa League outings this season show just how tough he and a well-drilled backline are to penetrate.

Not succeeding in the Premier League is not a passport to failure, just ask Dimitri Payet. He enjoyed one good season with West Ham before becoming unsettled, but back in France he is excelling once more and will be key if Marseille are to emerge victorious.

Twenty-four assists in 46 games this season and six already in the knockout stages of the Europa League show he will be a big threat to the Spanish defence.

Florian Thauvin is another player to make light of a poor spell in England, with Newcastle United, and he is also a man bang in form, having scored eight goals in his last eight games.

The versatile forward also serves up chances alongside Payet to give Marseille a clear threat from the flanks.

As a footnote Spain have won this competition in eight of the last 14 years, with Atleti the champions in both 2010 and 2012, while no French team has ever lifted the trophy.

However, the men from Madrid are often involved in tight games, so the need for extra-time would come as no surprise.