The Euro 2020 qualifiers continue on Monday and Tuesday and England can back up their thrashing of the Czech Republic with another big win in Montenegro.

The Three Lions destroyed the Czechs 5-0 and should head to Montenegro full of confidence.

Gareth Southgate’s men showed no mercy as they continued to push for goals despite already having the game wrapped up, and an early goal on Monday may open the floodgates again.

Montenegro are no pushovers but lack the quality England possess, and it may well be a one-sided affair in Podgorica and the visitors can beat a -2 handicap.

European champions Portugal were held to a 0-0 draw by Ukraine in their opener and can get back to winning ways when Serbia visit on Monday.

Portugal have a mean defence and can keep another shut-out, and this time they can grab a goal themselves as they bid to move into pole position in Group B.

Bosnia entertain Greece on Tuesday and this is another match that could produce a home win to nil.

Bosnia had managed four clean sheets in a row at home before Armenia managed to end that run last time out, although the hosts still claimed a 2-1 win.

Greece don’t travel well with four defeats in their last six, and they have failed to score in half of those losses.

Norway host Sweden in a Scandinavian derby in a standout fixture on Tuesday night.

The hosts have been in good form at home with seven straight wins, albeit against relatively poor opposition, but that run may well be ended by the Swedes.

The last three meetings between these two sides in Norway have ended in stalemates and another draw could be on the cards in this one. 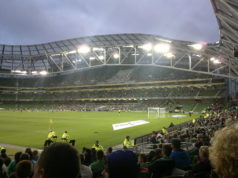 Goals in short supply in Dublin

England to be challenged by Czechs