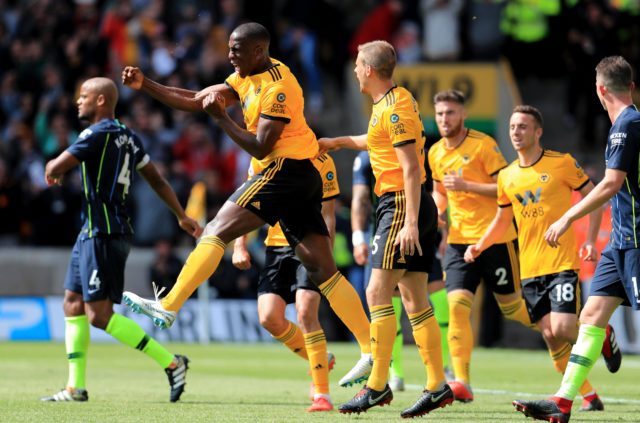 Wolves can continue their fine start to the season by brushing Leicester City aside in the third round of the EFL Cup.

Nuno Espirito Santo’s men have only lost one Premier League match so far this season – a 2-0 defeat to the Foxes in August – but can gain revenge for that unfortunate reverse at Molineux.

Nuno’s side are 10th in the table but have already held Manchester City and Manchester United to draws and look set to finish in a top-half spot following last season’s promotion.

A lack of consistency has been Leicester’s problem so far this season but they have beaten Southampton and Huddersfield as well as Wolves.

Elsewhere a much-changed Manchester City team should still be far too strong for League One strugglers Oxford United.

The U’s have already lost 4-0 at Barnsley and 4-1 to Portsmouth and slumped to a 2-1 home defeat to Walsall on Saturday.

Pep Guardiola’s team eased to a 5-0 victory at Cardiff City at the weekend and can expect to enjoy another one-sided romp at the Kassam Stadium.

Former Chelsea legends Jose Mourinho and Frank Lampard will do battle at Old Trafford but Manchester United should have too much quality for a Derby County side that look set to be involved in a battle to finish in the Championship play-off positions this term.

The game of the round takes place at Anfield when Liverpool host Chelsea but Jurgen Klopp and Maurizio Sarri will surely rotate their squads as they are scheduled to meet again at Stamford Bridge in the league on Saturday.

Blackburn could cause a shock by beating Bournemouth at 5/1 while West Brom will be keen to show they are good enough to seal an immediate return to the Premier League following last season’s relegation by beating Crystal Palace at 33/20.