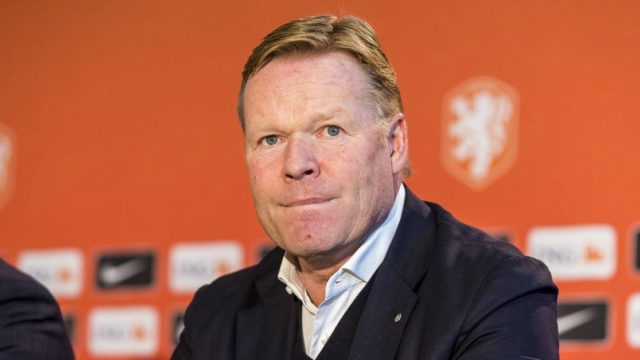 There is more Euro 2020 qualifying action to dig our teeth into over the coming days and the game of the weekend comes from Amsterdam as the Netherlands host Germany on Sunday.

These sides met as recently as October, the Oranje triumphing 3-0 in the Dutch capital, and Ronald Koeman seems to be building something special after his country missed out on the last two major tournaments.

Wins over Die Mannschaft and world champions France allowed them to qualify for the Nations League Finals and they will be aiming to build on that momentum after smashing Belarus 4-0 on Thursday in their Group C opener.

Germany could only manage a 1-1 friendly draw at home to Serbia on Wednesday, a result that added to the feeling that they are a team in transition.

It could be another tough evening on Sunday for Joachim Low’s side and another defeat would only fuel suggestions the 59-year-old is no longer the right man to take the team forward.

Switzerland to win and both to score @ 3/1

Switching to Saturday and another team to have booked their place in the Nations League Finals, Switzerland, can kick off Group D with a win over Georgia.

The Rossocrociati’s place in Portugal means they are the top seeds in a decent pool also featuring Denmark but they have been a touch patchy on the road in recent times, winning just one of their last six.

Vladimir Petkovic’s side can also be exposed at the back, failing to keep a clean sheet in their last four on the road and face an improving Georgia team with just one defeat in their last 12.

That streak is skewed somewhat by their opponents being lowly ranked due to the Nations League’s seeding system and has featured a defeat to Luxembourg and a draw with Andorra.

They always give it a go in Tbilisi though and could score, but a look down the Swiss squad list suggests they have the quality to take all three points.

Finally, we switch back to Sunday and the Group E game between Wales and Slovakia.

The Welsh won 2-1 when the pair duelled at Euro 2016 and will look to make home advantage, as they welcome back the likes of Aaron Ramsey and Gareth Bale, both of whom missed the tepid 1-0 win over Trinidad & Tobago on Wednesday.

Slovakia beat Hungary 2-0 to open their qualifying campaign up with a bang but have a shocking record on the road, not winning any of their last seven.

With the quality in their ranks, Wales should have too much in front of an expectant Cardiff crowd.