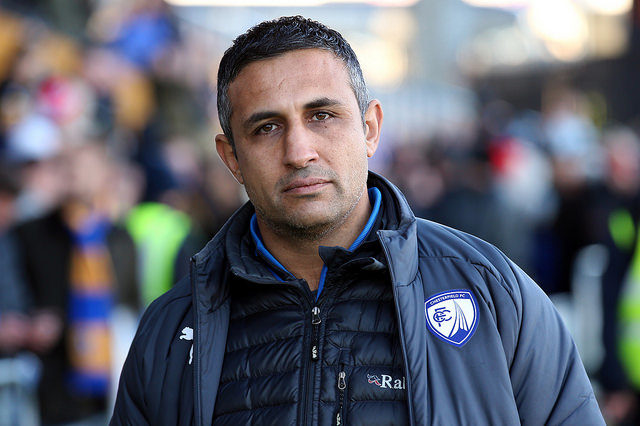 Chesterfield can clinch only their ninth League Two victory of the season and improve their hopes of avoiding relegation by beating Notts County on Sunday.

The Spireites, who finished sixth in League One just three years ago, are in grave danger of suffering back-to-back relegations after enduring a dismal campaign.

Apart from a brief revival in the autumn when they enjoyed a six-match unbeaten run, Chesterfield’s season has been one of almost unremitting gloom and they have lost 10 of their last 15 games.

However, Jack Lester’s side do have 15-goal Kristian Dennis on board and the 28-year-old striker is 9/2 to score the first goal against the promotion-chasing Magpies while a Chesterfield victory is available at 5/2.

Mark Robins guided Coventry City to an FA Cup victory against Stoke City in early January and, after a recent blip, the Sky Blues have moved back into play-off contention, thanks largely to a well-organised defence.

Seventh-placed Coventry have only conceded 31 goals this term, the best record in League Two, and they can be backed at 23/20 to keep a clean sheet against a free-falling Grimsby Town team that have failed to win any of their last 17 games.

In League One, Bradford City have gone from promotion hopefuls to mid-table mediocrity after taking two points from a possible 30 since beating Fleetwood Town on New Year’s Day.

Only a victory will do for the Bantams against Gillingham if they are to have any chance of reigniting their play-off hopes and a one-goal victory for Simon Grayson’s side can be backed at 51/20.

Finally, Fleetwood Town host Northampton Town in a crunch relegation-six pointer. Both teams have found goals hard to come by recently and a draw seems the best bet at 12/5, with the odds on there being under 1.5 goals available at 43/20.