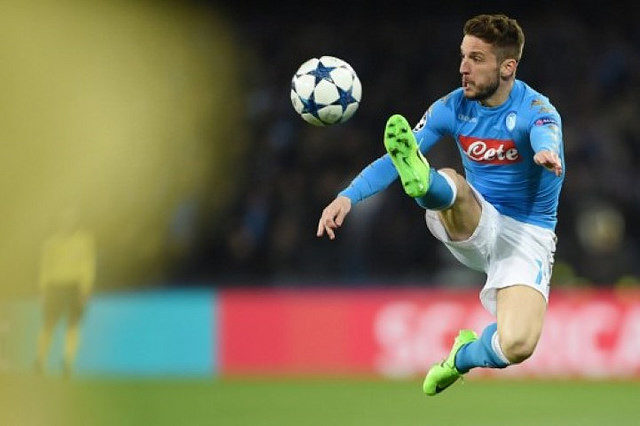 Juventus’ postponement on Sunday means Napoli have the chance to extend their one-point lead at the top of the table at Cagliari.

Despite winning in Germany on Thursday, Maurizio Sarri’s men could not overturn their first-leg deficit to RB Leipzig but with the Europa League out of the way, they can now focus solely on winning a first Scudetto since 1990.

Cagliari lost to Chievo last time out but were three unbeaten before their trip to Verona and despite being 15th, appear safe.

They were fairly flimsy in October’s 3-0 defeat at the San Paolo and with none of the snow that plagued Turin forecast, I am expecting more of the same tonight.

Napoli are 1/1 for another victory to zero and I am confident that will be the outcome, with Sarri’s men having kept a clean sheet on their last two trips to Sardinia.

Dries Mertens scored a hat-trick the last time they headed to the Stadio Sant’Elia so it is also worth backing the Belgian to net two or more at 2/1.

Elsewhere and resurgent Borussia Dortmund should have too much for Augsburg.

Der BVB have got their act together under Peter Stoger and are yet to taste defeat in 2018.

Augsburg are safely entrenched in mid-table but will be low on confidence having lost their last two.

Dortmund’s defence has certainly improved under Stoger and with clean sheets in their last three in the Bundesliga at Signal-Iduna-Park, snap up the home win to zero at 31/20.