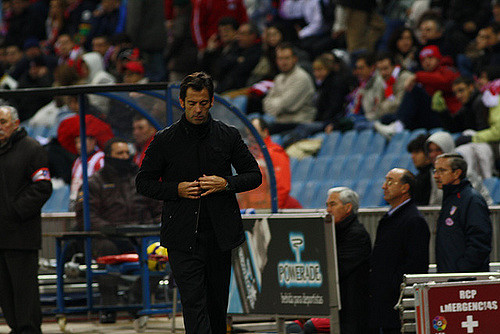 Malaga have had a tough season to say the least but can claim a vital win when Espanyol come to town.

Los Boquerones sit 19th in the table but have shown signs of resolve in recent weeks, although doubts remain over the future of their coach, Michel.

Despite losing last time out at La Rosaleda, their home form has been decent, picking up seven points from their three games before the defeat to Real Betis.

Much like Michel, Los Periquitos boss Quique Sanchez Flores’ future is in doubt and with his side sitting 15th, his status as the coolest coach in La Liga is in jeopardy.

The return of Roberto Rosales at right-back will undoubtedly be a big boost for Malaga and his thrusting play is likely to give the man charged with marking him, wily veteran Sergio Garcia, plenty of issues.

It is unlikely to be an expansive affair but it is games like this where the Andalusians have secured their survival over the years and the home win at 31/20 is the one for me.

Elsewhere, there is FA Cup third round action between Brighton and Crystal Palace.

These two have a fiery history but having scrapped to a goalless draw back in November, and with key players likely to be rested, backing a repeat of that outcome may not be a bad idea at 6/1.