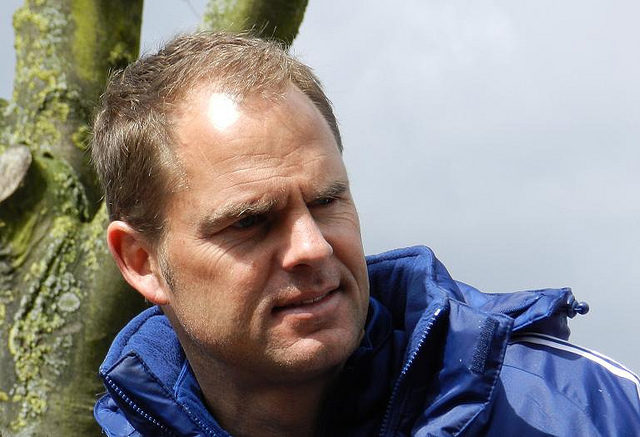 Defeat for Crystal Palace at Burnley on Sunday could mean the end for beleaguered boss Frank De Boer even though the Dutchman was only appointed in June.

De Boer was axed by Inter Milan 10 months ago after spending just 85 days in charge at the San Siro but his Selhurst Park tenure could be even shorter if the Eagles slump to defeat at Turf Moor.

A draw at 9/4 could be enough for De Boer to remain in charge for another week but a 2-0 victory for the Clarets at 9/1 would see the pressure grow on the 47-year-old former Ajax boss.

Palace have failed to score a goal in losing their first three matches and the players are struggling to grasp De Boer’s tactics.

Meanwhile, Burnley followed up their amazing 3-2 victory at Chelsea on the opening weekend by losing at home to West Brom in their next game and then grabbing a last-gasp equaliser to draw 1-1 with Tottenham at Wembley a fortnight ago.

Newcastle United can make it two victories in a row following their comfortable 3-0 triumph a fortnight ago against West Ham by defeating Swansea City.

Paul Clement’s side look set for a season of struggle after selling Fernando Llorente and Gylfi Sigurdsson in the last month.

Wilfried Bony, 21/4 to score the first goal on Sunday, has returned to the Liberty Stadium after an unhappy spell at Manchester City, while Clement managed to entice Renato Sanches to South Wales on a loan deal from Bayern Munich.

However, goals could be a problem for the Swans this term and a 1-0 victory for Newcastle at 15/2 looks good value.