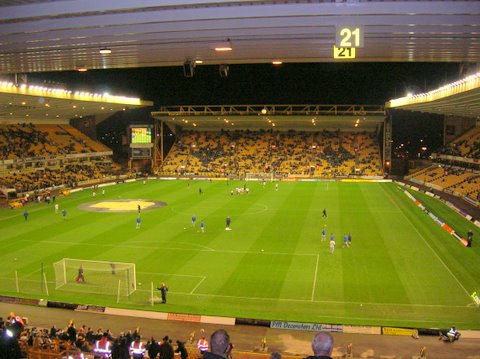 On Saturday evening the talk of the West Midlands will be the clash between Wolverhampton Wanderers and Aston Villa in a mouth-watering Championship encounter.

The showdown at Molineux is between two teams that could both be playing Premier League football next term if they achieve their potential this season.

Three consecutive victories for Steve Bruce’s men against the likes of Nottingham Forest, Burton Albion and Bolton Wanderers have taken the Villans up to seventh place in the Championship.

However Villa, considering the strength in their squad, should be getting wins over the likes of the Brewers and the Trotters (no disrespect intended).

Bolton made Villa work hard for the 1-0 victory and Bruce’s team will have a much bigger test when they make the short trip across the West Midlands.

Wolves were considered dark horses at the start of the campaign and have lived up their billing under new manager Nuno Espirito Santo as they have been really impressive after the first 11 games of the season.

This is likely to be a close encounter between two quality sides but home advantage might give Wolves the edge, with Santo’s side at 11/10 to claim the bragging rights.

Elsewhere, and Sheffield United will be looking to continue their trend of raising a few eyebrows when they host Ipswich Town at Bramall Lane.

The Blades have not been daunted by being back in the second tier after their promotion from League 1 last term and boss Chris Wilder has worked wonders to get his players so quickly up to speed with the rigours of the Championship, with Billy Sharp and Leon Clarke already having four goals apiece.

Ipswich themselves have enjoyed a strong start that not many expected, with manager Mick McCarthy proving he is still has plenty to give a team at this level.

Having suffered a 3-1 loss to Bristol City in their previous outing, the Robins showed there is a sometimes a soft underbelly to McCarthy’s men.

With the Blades scoring seven goals in their last three Championship outings, the South Yorkshire outfit might just edge this one and are 4/5 to claim all three points and continue their surprising start to the campaign.