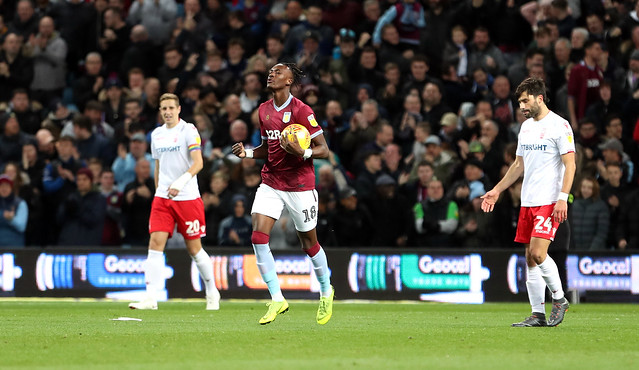 Derby County produced an outstanding display at Elland Road to stop Leeds United’s promotion bid earlier this month, but the Rams may be second-best when they come up against Aston Villa in Monday’s Championship play-off final.

Dean Smith’s team appear to have hit form at exactly the right time, their incredible 10-match winning run in March and April seeing them surge from 11th to fifth in the table.

Despite not being at their best they saw off West Brom’s challenge in the play-off semi-finals and are 11/10 to beat Frank Lampard’s team in regular time at Wembley.

Former Chelsea midfielder Lampard has done well to guide County to the play-off final and this season’s squad has been bolstered by several loan signings in key positions – including Mason Mount, Harry Wilson and Fikayo Tomori.

If Derby do go up and those three players are not at the club next season, there could well be a repeat of the last time the Rams were in the top flight in 2007/08 when they only won one game.

Villa have been in the Championship for the last three seasons and will be desperate to improve on their poor display in the play-off final at Wembley last term when they were undone by Fulham.

Tammy Abraham has been excellent this season and his 25 goals were 16 more than the club’s next highest scorer in the league – Jonathan Kodjia. Abraham is 7/2 to score the first goal on Monday.

However, Villa’s defence has not been particularly miserly this season – they conceded 61 goals – so if they are to return to the Premier League, Monday’s match may well be a fluctuating and high-scoring affair.

Villa won 3-0 at Derby before beating Lampard’s team 4-0 on home soil in the regular season. It may not be so one-sided this time, but Smith’s outfit are good enough to see off the Rams’ challenge it what should be an entertaining final.