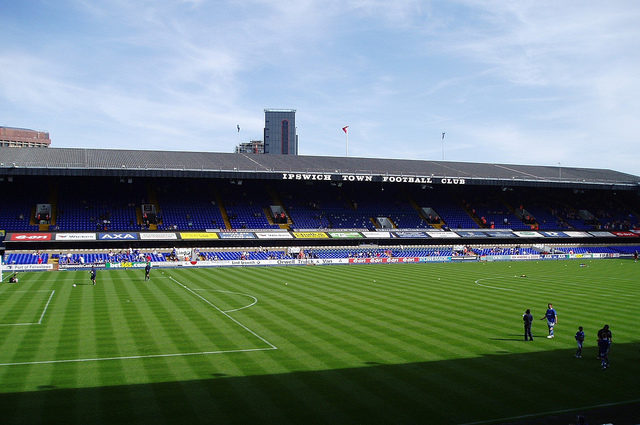 The relentless pace of the Championship continues this weekend and Ipswich against Sheffield United is particularly interesting.

The Tractor Boys have found their form again and beat United’s local rivals Wednesday 2-1 on Tuesday evening, to make it two wins on the spin, although they have not triumphed at Portman Road since January.

Despite winning on two of their last three outings, Chris Wilder has questioned the Blades’ chances for the rest of the season. However, they did win 1-0 in Suffolk in the third round of the FA Cup.

Another tight game looks likely and a third case of under 1.5 goals between these teams is a decent 19/10. Ipswich look strong at the moment, though, and the home win at 2/1 looks too good to miss.

Then, in the late game, Aston Villa welcome leaders Wolves in a West Midlands derby.

Villa were imperious as they smashed Sunderland 3-0, but they were matched by Nuno Santo’s men with their result at Leeds.

One thing that is likely at Villa Park is goals and both to score is a very tempting 1/1. Wolves won 2-0 when the pair met at Molineux, but Steve Bruce’s men have made significant strides in recent months.

This is a tough one to call and, with drama guaranteed, a score draw looks a steady price at 16/5. Finally, on Sunday, one of the fiercest rivalries in English football is played out at the City Ground where Nottingham Forest entertain Derby.

Just over half an hour separates the pair and there will be plenty making the trip down the A52 to contribute to a fiery atmosphere.

The Rams won 2-0 in October and have enjoyed the upper hand in recent years, winning three of their last four meetings.

However, none of those have come on the banks of the Trent and this young Forest side have a habit of getting themselves up for the big games.

Goals are likely and both to score is 20/23 but, with Derby not winning any of their last five, and Forest unbeaten in four, the home win looks good value at 19/10.