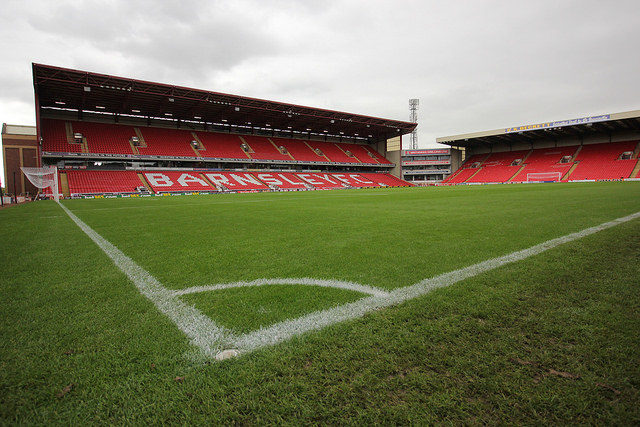 The midweek Championship action was a blast again and more drama is expected over the weekend.

First up at lunchtime on Saturday is a Yorkshire derby at Oakwell where Barnsley take on Leeds. Both failed to win – on Tuesday and Wednesday respectively – but they still played well.

The Tykes won a fiery edition of this encounter last term but Leeds’ performances in the win over Middlesbrough and the defeat at Wolves suggests they are working their way back, so 17/10 looks good for an away win.

Of all the 3pm kick-offs on Saturday, the game that appeals most features Middlesbrough Boro and Derby. After mixed starts these two look to be getting their acts together and sit sixth and seventh respectively, level on 29 points.

With wins in midweek this is a tough one to call and maybe a draw with goals at 7/2 could be the way to go.

Sheffield United will look to get back on track when they face Birmingham at teatime. The Blades were on the wrong end of a 5-4 defeat to Fulham in midweek although they are usually good at home.

Luckily for them, Birmingham are shocking away and the home win to zero looks decent at 27/20.

Sunday’s game this week sees Nottingham Forest take on Cardiff. Forest are one of the few teams Neil Warnock has not managed during his career, but he did enjoy a spell on the other side of the Trent at Notts County.

Both won in midweek so this is a tough one to call, but both to score (10/13) could be the way out if you like to sit on the fence.

There’s also a Monday offering from the Championship and it is derby time in west London as Queens Park Rangers take on Brentford.

QPR have lost their last three while the Bees have also been devoid of their sting in recent weeks.

However, they have won on their last couple of trips to Loftus Road and 13/10 is an excellent price for a repeat victory there.