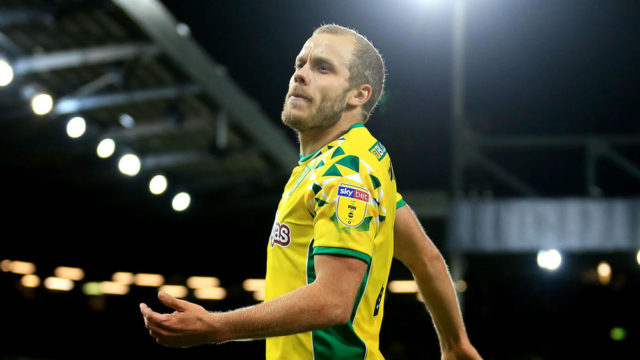 After a 2-1 defeat at Bramall Lane earlier this season, Norwich City will be out for revenge when they welcome fellow promotion contenders Sheffield United to Carrow Road on Saturday.

After a disappointing run of five games without a win in all competitions, the Canaries were back to their best in their last outing, as they secured a convincing 3-1 win over a resilient Birmingham City side.

That has set Daniel Farke’s squad up nicely for two massive games to come against the Blades on Saturday before they make the trip to Elland Road to face Leeds United next weekend.

Those two fixtures could have a big say on whether Norwich can finish top of the pile at the end of the season.

The Blades looked pretty lacklustre in their 1-0 defeat on the road last time out against Swansea City and it’s hard to see them bouncing back against a Canaries side that never knows when they are beaten and should claim the spoils at home.

Stoke City will be buoyed by their 2-0 win over frontrunners Leeds when they host Preston on Saturday.

After two defeats to start his reign, new boss Nathan Jones got his first win under his belt and looks to have delivered an injection of confidence into a talented squad that struggled to perform under predecessor Gary Rowett.

With just one win in their last seven games, Preston have been having a difficult time of their own and Stoke should have enough to overcome the Lancashire outfit this weekend.