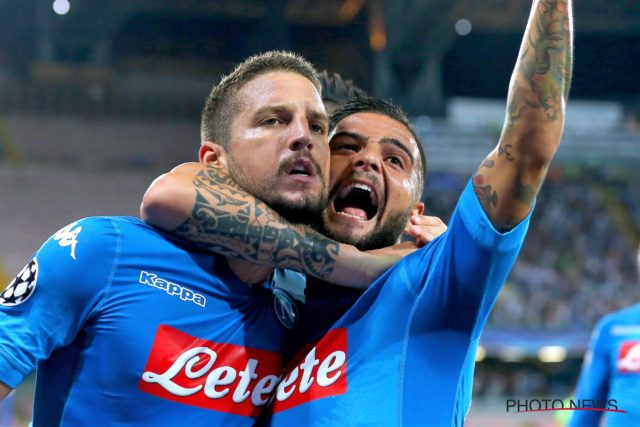 Napoli can secure a narrow Champions League victory against Manchester City as the Serie A side’s need for three points is greater than the Premier League leaders.

City boss Pep Guardiola will have one eye on Sunday’s clash against Arsenal while Napoli have been on the back foot in Group F since being beaten by Shakhtar Donetsk.

Napoli gave City plenty to think about in Manchester a fortnight ago and can be backed at 10/1 to edge to a 2-1 victory themselves on Wednesday with the impressive Dries Mertens available at 16/5 to score the first goal.

The Serie A leaders will be desperate to win the match as Shakhtar should defeat a Feyenoord side that have lost their first three group matches. A 2-0 win for the Ukrainian team is available at 15/2.

In Group H Tottenham and Real Madrid may be happy with a draw at Wembley as they both lead third-placed Borussia Dortmund by six points after three matches.

Real can be backed at 14/5 to keep a clean sheet against Mauricio Pochettino’s side.

Dortmund have been poor in the Bundesliga recently but should have too much quality for Apoel and are 27/4 to record a 2-0 victory against the Cypriot side.

In Group E Liverpool are 16/5 to score over 5.5 goals against Maribor just a fortnight after they thrashed the Slovenian outfit 7-0, while second-placed Spartak Moscow are 15/4 to draw with Sevilla.

Besiktas have won their first three Group G clashes while last season’s semi-finalists Monaco currently have just one point. It may be worth betting on Monaco at 11/5 to secure a victory in Turkey while Porto are 8/1 to edge to a 1-0 victory against RB Leipzig.