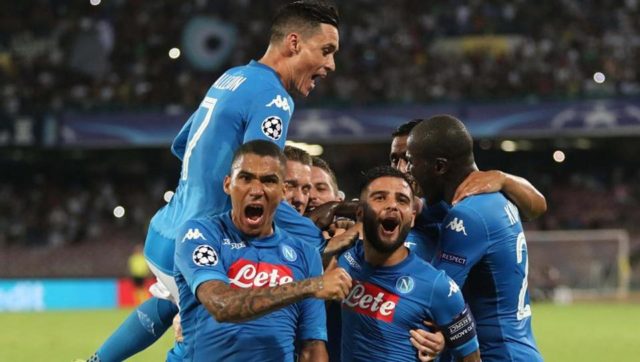 The Champions League action resumes on Tuesday with five intriguing second leg ties from the play-off round.

Napoli’s trip to Nice is the standout affair, with the Partenopei in good shape having won the opening game 2-0. In truth, Nice were rubbish and were happy to leave the Stadio San Paolo only two behind in the tie.

Another Napoli win is 4/5, but Les Aiglons are a different proposition at home and are 33/10 to triumph. They do have loads of injuries though so an away win could be the way to go, while the 14/5 for Dries Mertensto score first is tough to ignore.

Celtic are also in action as they make the long trip to Kazakh champions Astana. If Nice were rubbish, Astana were even worse in their 5-0 capitulation in Glasgow.

The journey means the Bhoys could struggle due to fatigue but although a miracle comeback is unlikely, a home triumph at 39/20 looks excellent.

Elsewhere and Sevilla should breeze past the wonderfully named Istanbul Basaksehir following their first leg 2-1 win in Turkey. Los Rojiblancos are a club who feel they belong in the Champions League and are 2/5 to triumph.

Wissam Ben Yedder was dangerous in the first leg and is 1/1 to net for the second straight week at anytime.

Maribor also look good to make home advantage count when they aim to overturn their 2-1 deficit to HapoelBe’erSheva. Expect a bouncing atmosphere at the Ljudskivrt and a home win at 7/4.

Finally, another home triumph appeals when Olympiakos take their 2-1 advantage to Rijeka. Both won their domestic leagues last season but only one can make the group stages and with an away goal behind them, a Rijeka triumph at 8/5 seems too good to ignore.