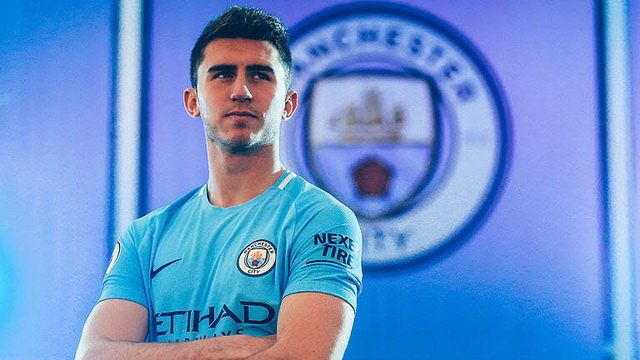 Manchester City will look to get among the goals again in the Champions League on Wednesday – and Aymeric Laporte looks worth backing to score at a big price.

With City having scored 49 goals in their last 13 matches, 12 of which have been wins, Schalke could be in for a tough night.

The Germans have struggled all season and sit only a few places above the relegation zone in the Bundesliga, having lost half of their 22 games.

City’s attacking players are pretty short in the goalscoring markets but there could be value in backing Laporte.

He’s scored four times from set-plays this season, all away from home, with two of them coming in the Champions League.

Pep Guardiola spoke recently of how Mikel Arteta has been working on City’s set-pieces and Laporte offers a clear threat against a team who commit more than their fair share of fouls.

If Schalke are in for a hard time, it’s likely 20-year-old midfielder Weston McKennie will need to shield a defence under threat from the likes of Sergio Aguero and Raheem Sterling.

He’s often caught referees’ attention this season, collecting five bookings in 17 Bundesliga games, while he’s also been carded on one of his two starts in Europe.

Notably, his bookings have tended to come against the better teams – four have come against top-six clubs – so he’s worth backing in this one.

For those who enjoy the art of defending, Atletico Madrid against Juventus could be the match of the season.

Both teams boast a defensive skillset that others seem to lack and the likes of Diego Godin, Jose Gimenez, Giorgio Chiellini and Leonardo Bonucci should ensure chances are at a premium.

Atletico have kept 10 clean sheets in their 16 home games this season and are 17/10 to bag another.

However, the way to go in this one looks to be to back a goalless first half.

Atletico have been goalless at the interval in exactly half of their 24 La Liga games this season (six of 12 at home) and that shows how they set their stall out.

Expect the approach to be magnified in this game against a team boasting Cristiano Ronaldo in their ranks.